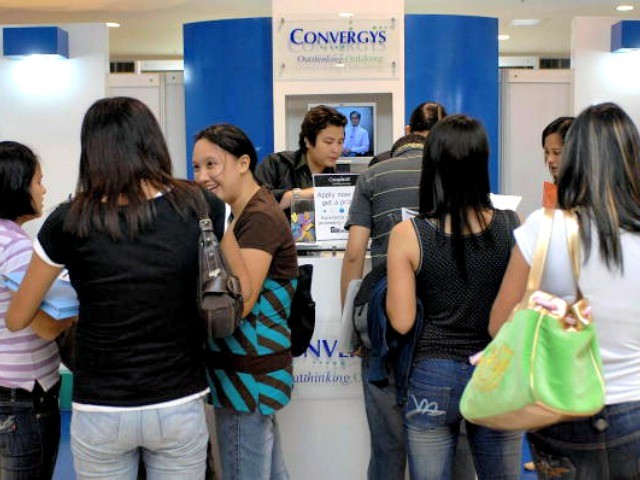 Wells Fargo, the world’s third-largest United States bank, has announced that it will lay off about 26,500 employees after years of outsourcing American jobs and importing foreign workers.

In an announcement this week, Wells Fargo executives said that by 2021, about 26,500 workers at the multinational bank would be laid off. This accounts for about ten percent of the Wells Fargo global workforce, where 265,000 workers are currently employed.

The news comes after Wells Fargo has for years imported foreign workers to the U.S. to take high-paying, white collar jobs with the bank and has continued outsourcing jobs to cheap labor countries like the Phillippines.

Last year, Breitbart News reported how more than 650 American workers with Wells Fargo were laid off from their jobs in Pennsylvania, South Carolina, and Washington. At the same time, Americans were being laid off, the multinational bank announced it would hire an additional 7,000 workers in the Philippines to add to its 4,000-strong workforce in the country.

“They hate Americans,” the woman said of Infosys and Tata Consulting Services, two of the largest outsourcing firms. https://t.co/JTk4nXVqZ7

Wells Fargo executives have denied that American jobs have been outsourced to foreign countries.

Aside from the newly announced layoffs, Wells Fargo has continued laying off American workers throughout this year despite its hiring of new workers in the Phillippines. Last month, Wells Fargo announced that about 638 Americans would be laid off from their jobs in Florida, California, North Carolina, and Colorado.

Outsourcing and the offshoring of American jobs to foreign countries is a business model that has been embraced by multinational corporations. Corporations like AT&T, Harley-Davidson, Ralph Lauren, Nike, and IBM have all laid off Americans in order to send their jobs overseas.