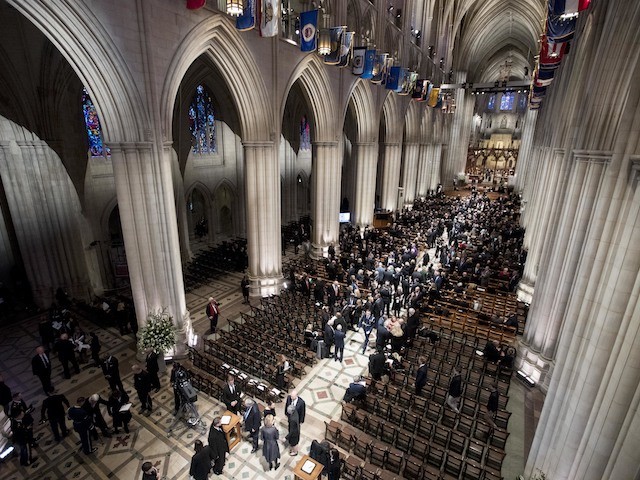 Watch the funeral for former President George H.W. Bush at the National Cathedral in Washington, DC on Wednesday.

President Trump and First Lady Melania Trump will join the Bush family, Bill and Hillary Clinton, Jimmy and Rosalynn Carter, and Barack and Michelle Obama for the funeral.