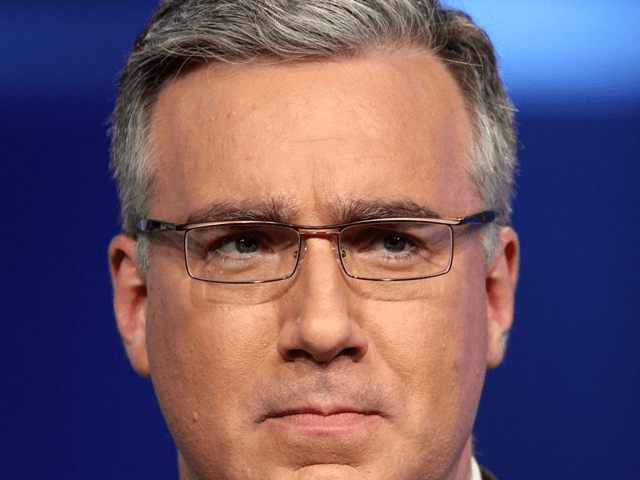 Former sports broadcaster Keith Olbermann left ESPN so he could say all the things he didn’t feel he could say at ESPN, and he is certainly saying all of those things.

On Tuesday, during an unhinged rant about President Trump and his response to the coronavirus, Olbermann said that the president should be given the “death penalty” for “each count” of the 220,000 Americans who have died from the virus.

Keith Olbermann calls for Trump to get the death penalty, one for every COVID death. Unhinged. pic.twitter.com/8JbY0pPu7p

This isn’t Olbermann’s first foray into crazed commentary and calls for legal action against conservatives. Nearly two weeks ago, Olbermann said that Trump supporters were “maggots” who should all be “prosecuted.”

“Trump can be and must be expunged,” Olbermann said. “The hate he has triggered, the pandora’s box he has opened, they will not be so easily destroyed.”

“So, let us brace ourselves,” he continued. “The task is twofold: the terrorist Trump must be defeated, must be destroyed, must be devoured at the ballot box, and he and his enablers and his supporters and his collaborators and the Mike Lees and the William Barrs and the Sean Hannitys and the Mike Pences and the Rudy Giulianis and the Kyle Rittenhouses and the Amy Coney Barretts must be prosecuted and convicted and removed from our society while we try to rebuild it and to rebuild the world Trump has nearly destroyed by turning it over to a virus.”

“Remember it, even as we dream of a return to reality and safety and the country for which our forefathers died, that the fight is not just to win an election but to win it by enough to chase, at least for the moment, Trump and the maggots off the stage,” he said. “And then try to clean up what they left.

“Remember it, even though to remember it means remembering that the fight does not end on November 3rd but in many ways will only begin that day,” he said.

Recently, Senator Mitt Romney (R, UT) blasted Olbermann for calling President Trump a “terrorist,” and identified the former SportsCenter host as an example of the kind of “hate-filled” commentary that is unbefitting our nation.