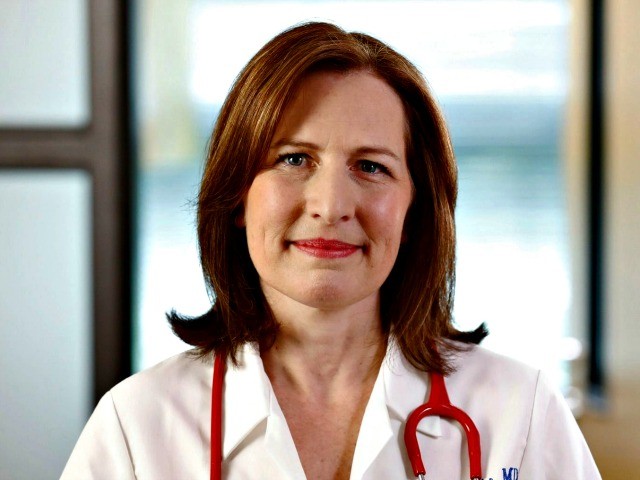 Washington Democrat candidate Kim Schrier suggested during a debate on Wednesday night that she could back a Universal Basic Income welfare system, which some analysts have suggested could cost $3.8 trillion each year.

Rep. Dino Rossi (R-WA) debated Kim Schrier on Wednesday in the competitive eighth congressional district of Washington. Schrier attacked Rossi as a supporter of Donald Trump who would fail to check his administration, while Rossi portrayed his Democratic rival as a liberal protester who supports higher taxes.

During the debate, one moderator asked both candidates what they would do to combat the potential loss of jobs from automation and artificial intelligence. Schrier said that she would support a Universal Basic Income (UBI).

Rep. Rossie said he does not support a UBI to deal with potential loss of jobs, adding that a strong economy will provide plenty of opportunities for Americans to obtain gainful employment.

Rossi explained, “We need to keep the economy strong, because what ends up happening is there’s opportunities and jobs for everybody.”

One study from Bridgewater Associates discovered that doling out $12,000 a year to every American citizen would cost taxpayers $3.8 trillion per year.

Rossi also attacked Schrier for backing a “Medicare for All” socialized medicine plan that would serve as a “government takeover” of health care and will “destroy Medicare as we know it.”

The Washington Republican also chastised the Democrat candidate for lack of political experience and marching in “more angry protests in Seattle than parades in the district.”

Rep. Rossi’s seat serves as one of the 60-odd seats that House Republicans must win to hold their House majority.

According to an Elway poll released in October, Rossi leads by ten percent against Schrier, while a New York Times survey released in September had Schrier leading by one point.

Congressman Rossi has surged in the polls after Senate Republicans confirmed Brett Kavanaugh to the Supreme Court in what some analysts call the “Kavanaugh effect.”

Stuart Elway, the president of Elway Research, said, “What appears to have happened here is the Kavanaugh hearings have erased [the Democrats’] advantage. Now it looks like what you would have expected this district to look like before everyone was talking about a blue wave.”