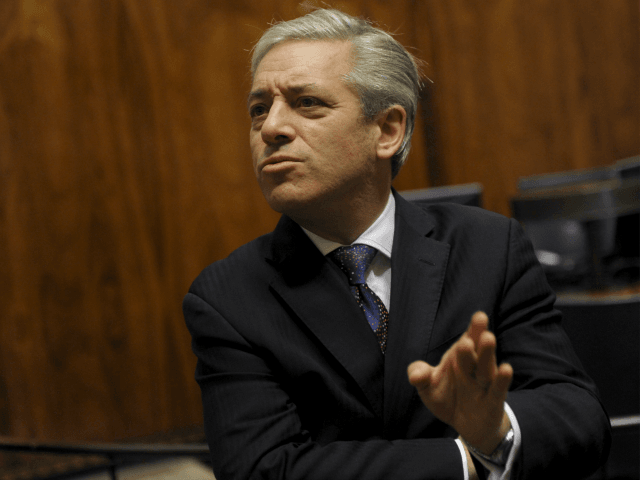 John Bercow, the speaker of the United Kingdom’s House of Commons has decided the government may be in contempt of Parliament by not publishing the legal advice it revealed over Prime Minister Theresa May’s Brexit deal.

The government took legal advice from Attorney General Geoffrey Cox on its Brexit plan and was subsequently told by a vote of Parliament to make the document available to members of the house. DUP Westminster faction leader Sammy Wilson has claimed if the document were to go public it would reveal that the Prime Minister had lied to the country about her Brexit plan.

Rather than publishing the full document, however, on Monday the government published a 43-page document summarising Cox’s legal opinion instead. Opposition parties demanded the attorney general’s full, original advice, claiming the government would be in contempt of Parliament if it did not comply.

House of Commons Speaker John Bercow agreed late Monday there was an “arguable case” that contempt had been committed. His assessment means Parliament will debate the issue Tuesday, likely delaying the start of the main Brexit debate.

Lawmakers can send the issue to a committee with the power to sanction ministers.

The most contentious legal issue arising from the Brexit agreement is how Britain could get out of a “backstop” provision that would keep the country in a customs union with the EU to guarantee an open border between Ireland and Northern Ireland.

The backstop is intended as a temporary measure, but pro-Brexit lawmakers say it could leave Britain tied to the EU indefinitely and unable to strike new trade deals around the world.

The legal advice confirmed that Britain can’t unilaterally opt out of the backstop, which requires either an agreement with the EU or a decision by an arbitration panel.

In a statement to Parliament, Cox confirmed that “there is no unilateral right of either party to terminate this arrangement.”

Cox said he would have preferred that not to be the case, but that he supported the divorce deal as “a sensible compromise.”

“The divorce and separation of nations from long and intimate unions, just as of human beings, stirs high emotion and calls for wisdom and forbearance,” he said.

The Associated Press contributed to this story