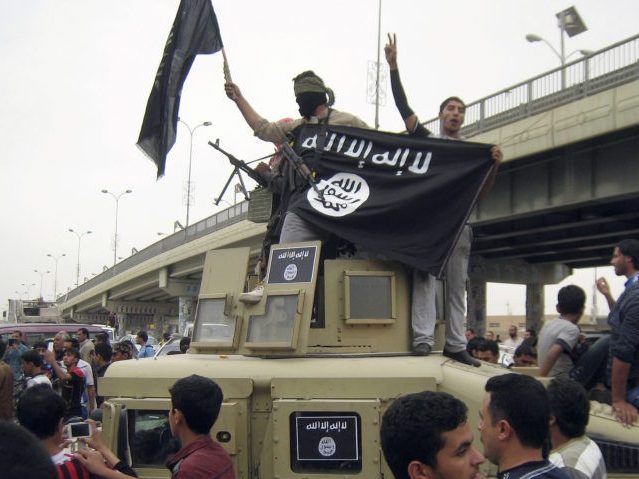 The Islamic State (ISIS/ISIL), considered one of the wealthiest terrorist groups in history, still has “over $300 million” in hand in Iraq and Syria even after the U.S.-led coalition and local forces decimated the jihadist organization’s territorial caliphate months ago, PBS News Hour reported Sunday.

According to several U.S. government and independent assessments, ISIS generates revenue from a criminal enterprise that involves oil, antiquities smuggling, kidnapping, human trafficking, extortion, and drug trafficking, among other crimes.

ISIS has shrunk geographically in recent months, forcing the group to go back to its insurgent roots, which pose a threat to U.S. interests and the Middle East as a whole.

Asked about the impact territorial losses have made on ISIS’s revenue, foreign correspondent Rukmini Callimachi, who covers ISIS and Al-Qaeda for the New York Times (NYT), told PBS:

We are expecting a big downturn in their economics as a result of the fact that they have lost the big base of taxation that they had before. I was just in Baghdad a couple of weeks ago, and I met with coalition officials and unfortunately the number that they were citing for how much money ISIS still has on hand, just in Iraq and Syria, is over $300 million.

So that gives you a sense of just how wealthy this terrorist group is. They are now going back to the types of fundraising that they were doing before, namely illegal taxation in areas that they do not control, coming into areas and telling businesses if you don’t pay up, like the mafia, if you don’t pay you’re going to face the consequences.

Callimachi noted that the terrorist group is increasingly turning to “kidnapping” as a significant revenue source.

The U.S.-led coalition nearly eradicated the group’s oil revenue, once the top source of income for ISIS.

“Kidnapping, which never stopped but which is becoming a major revenue stream now. And human trafficking, all of the other things that they have done since their earliest days. This is a group that has known how to finance itself without territory for over a decade. So I don’t expect them to go bankrupt any time soon,” Callimachi told PBS.

Although Forbes no longer lists ISIS as the world’s most affluent terrorist group, the organization is still among the top five wealthiest jihadi groups, respectively: Hezbollah, the Taliban, Hamas, al-Qaeda, and ISIS.

The office of the inspector general (OIG) at the U.S. Department of Defense (DoD) reported on November 5:

ISIS has lost all territory it held in Iraq and remained in control of only one percent of territory it once held in Syria. However, the DoD and a report produced by a United Nations Security Council monitoring committee stated that an effective clandestine ISIS organization has moved underground and is acting as an insurgency in both countries. While the DoD reiterated its position that its mission remains the “enduring defeat” of ISIS, U.S. officials issued statements this quarter regarding Iran and Syria’s ongoing civil war that raised questions about the duration of U.S. troops in Syria.

The OIG’s assessment came after Cmdr. Sean Robertson, a spokesman for the Pentagon, told Voice of America (VOA) that ISIS is “well-positioned to rebuild and work on enabling its physical caliphate to re-emerge.”

“ISIS probably is still more capable than al-Qaida in Iraq at its peak in 2006-2007, when the group had declared an Islamic State and operated under the name Islamic State of Iraq,” the Pentagon spokesman proclaimed.

“ISIS remains a threat, and even one ISIS fighter is one too many,” he added, acknowledging that thousands of jihadis from the group remain in Iraq and Syria.

In March 2017, an editorial published by Military.com predicted that ISIs would adapt to the collapse of its so-called caliphate in Iraq and Syria by continuing to expand its international criminal enterprise, particularly the drug trade.

ISIS remained able to generate revenue from limited oil smuggling operations, extortion and taxes, kidnapping and other criminal activity, drug trafficking, and external donations. It also continued to draw on cash reserves. Overall, the report said that in its assessment a “reduced, covert version” of ISIS will survive in Iraq and Syria and will maintain a presence in neighboring countries and affiliates in multiple countries, including Afghanistan, Libya, Somalia, and Yemen.

Up to 30,000, ISIS jihadis remain in Iraq and Syria, the United Nations reported in August.

While the sale of oil served as ISIS’s top source of revenue, the group also made money from the unprecedented level of looting and destruction of priceless antiques across the Middle East.

During a House panel hearing in April 2016, the expert witnesses told U.S. lawmakers that ISIS was committing “cultural genocide” as it plundered and sold ancient artifacts to fund its terrorist activities.