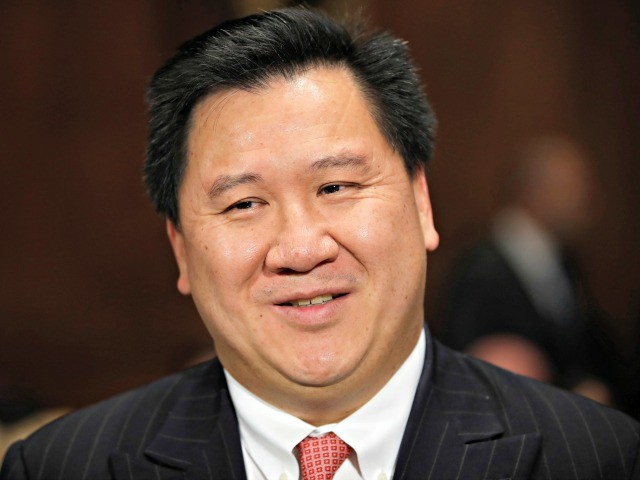 “For every person you ‘help’ due to race, you necessarily hurt another person due to race,” Trump-appointed Judge James Ho recently explained in a Louisiana case, as the president’s Justice Department also fights Harvard’s discrimination in Massachusetts against Asian Americans.

The U.S. Court of Appeals for the Fifth Circuit decided an appeal on Oct. 12 affirming that a charter school was bound by a consent decree that it voluntarily adopted as a condition to operate in Concordia Parish in Louisiana. In 1971, a federal court held that the public school district in that parish (which is Louisiana’s version of a county) engaged in unconstitutional racial discrimination, and Delta Charter Group assented to abide by the desegregation consent decree that constrains the public schools there.

Major issues in the current case were remanded back to the federal trial court for further proceedings and legal analysis, but during this first round of appeals, the New Orleans-based appeals court held that if a private school agrees to be bound by a consent decree that controls the public-school district with jurisdiction in that area, then courts should give effect to that decree.

Race is also currently being litigated in federal court in Massachusetts. Students for Fair Admissions is a group suing Harvard for discriminating against Asian student applicants on the basis of race in violation of Title VI of the Civil Rights Act, a lawsuit in which the Trump-Sessions Department of Justice is takingthe side of the Asian applicants.

Ho—an immigrant from Taiwan nominated by President Trump and confirmed by the Senate in 2017—took the opportunity to address what happens when schools go beyond ending racial discrimination to actually prefer some racial groups over others, with the latter being a form of reverse discrimination.

“Indeed, the Supreme Court has provided two recent signals suggesting that we should generally be loath to impose racial balancing obligations on institutions that, like Delta, have never been found guilty of engaging in racial discrimination,” the judge continued, quoting Chief Justice John Roberts’ opinions for the Court from both of those cases.

“Accepting racial balancing as a compelling state interest would justify the imposition of racial proportionality throughout American society,” Chief Justice Roberts wrote in the Supreme Court’s first such case, Parents Involved from 2007, “contrary to our repeated recognition that at the heart of the Constitution’s guarantee of equal protection lies the simple command that the Government must treat citizens as individuals, not as simply components of a racial, religious, sexual or national class.”

“Longstanding measures to eradicate the effects of historical discrimination must be justified by contemporary realities,” Roberts added in the second case referenced by Ho, Shelby County v. Holder, from 2013.

“A court order that treats Delta as a modern-day manifestation of Concordia Parish and its shameful legacy of racial segregation, without sufficient evidentiary basis, risks running afoul of this standard,” contended Ho in applying those cases.

The Fifth Circuit judge continues regarding those precedents:

The Supreme Court is strict, because the harm is stark. No matter how well-intentioned the policy may be, injury is a mathematical certainty, because educational admissions is a zero-sum game: When a school offers admission based on a student’s race, it denies admission based on a student’s race. For every person you “help” due to race, you necessarily hurt another person due to race. And only by speaking plainly do we ensure fidelity to the Constitution.

“Over six decades have passed since Brown v. Board of Education,” Ho observes. “Yet our Nation continues to struggle to live up to its central vision—that no matter the circumstances of one’s birth, every child deserves a shot at the American Dream—and the key to social mobility is a good education.”

“The debate over the meaning and implementation of this timeless vision remains as hotly contested today as ever,” he concludes.

The Louisiana charter school case is Smith v. School Board of Concordia Parish, No. 17-30548 in the U.S. Court of Appeals for the Fifth Circuit.

The Harvard admissions case is Students for Fair Admissions v. President & Fellows of Harvard College, No. 1:14-cv-14176 in the U.S. District Court for the District of Massachusetts.