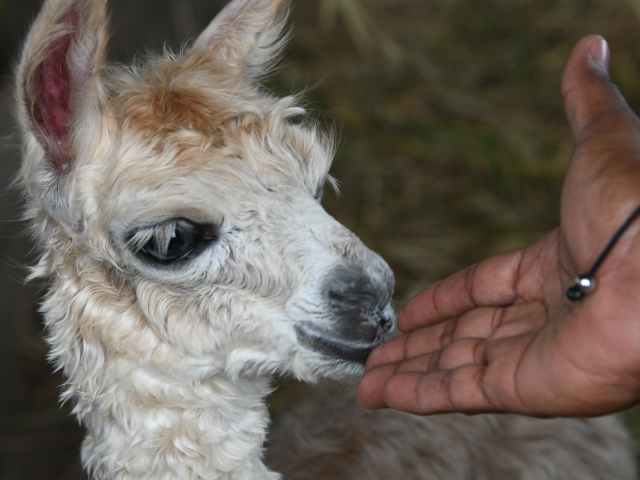 Stanford University recently brought four “therapy llamas” onto campus so that they could interact with stressed students.

Stanford University is jumping on the therapy animal craze. And they are doing it in a revolutionary way. According to a report from Stanford’s student newspaper, a Stanford alumni brought four llamas to campus.

The llamas visited campus last Tuesday and interacted with students for several hours. Associated Students of Stanford University Co-Director of Mental Health and Wellness Jennalei Louie, a student, says that the event was part of a greater push by the university to improve the mental health resources available to students.

“There is a current movement toward recognizing that psychological health pertains to each and every individual,” Louie said. “The therapy llamas … directly relate to the efforts of Stanford students, faculty and staff to promote mental health on campus on a more grassroots level. On another level, there are student organizations, mental health advocates and administrators that are working to improve institutional mental health resources.”

The llamas were provided by Stanford alumni Paul Watkins, who brought the llamas to campus as a bit of guerilla marketing for a stress-management app. Watkins claimed that his own experiences with stress as a student at Stanford led him to creating the app.

“Winters were always my worst [course load],” Watkins said in a comment about the llama event. “As a student here, one day I saw a therapy camel on campus, and I love animals, so I figured [bringing in llamas] would be the best way to bring people outside today.”

Therapy animals have become quite common on campuses around the country, especially around final exam time. The events typically include puppies or dogs.

Stay tuned to Breitbart News for more updates on therapy animals on campus.