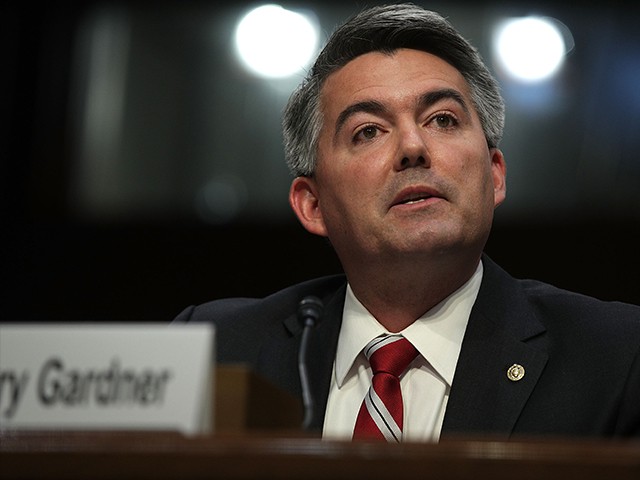 Gardner, who voiced his support for Kavanaugh’s confirmation in July and continued to support the justice throughout the confirmation process, told Fox News Sunday his wife not only received the graphic message, but several of his family members had their names and addressed posted publicly in a process also known as “doxxing.”

Gardner added that his support for Kavanaugh also prompted accusers to come forward with uncorroborated allegations.

The Colorado Republican also received an anonymous letter from someone in Denver accusing Kavanaugh of shoving someone against a wall “very aggressively and sexually” in 1998 in front of four people, but the allegation was deemed unfounded and not credible.

“Every victim of abuse, assault, and violence has been through an unspeakable tragedy and we need to do a better job listening to them, ensuring support is available, and fighting to end abuse of any kind,” Gardner said in a statement before his wife received the gruesome messages. “I hope that the partisan divide we all feel today does not hinder the people that have bravely come forward.”

The recently confirmed Supreme Court justice and his family have also received death threats as he went through the confirmation process to become a Supreme Court judge.

The doxxing attempts against the senator’s family come just days after a former Democratic congressional staffer was arrested for allegedly posting home addresses and phone numbers of three Republican senators on Wikipedia.