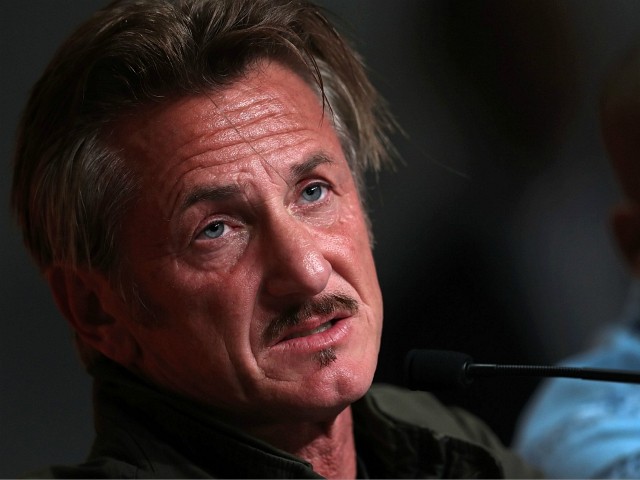 Actor Sean Penn criticized the #MeToo movement that has dominated the worlds of entertainment and media over the past year, arguing that its “spirit” places a “divide” between men and women.

In a Monday interview on NBC to discuss his upcoming Hulu series The First about a space mission to Mars, Penn played down attempts to describe the show’s strong female characters as inspired by the #MeToo movement.

“I’d like to think that none of it was influenced by what they call the movement of #MeToo,” Penn said. “I think it’s influenced by the things that are developing in terms of the empowerment of women who’ve been acknowledging each other and being acknowledged by men. This is a movement that was largely shouldered by a kind of receptacle of the salacious.”

“This is a movement that was, you know, largely shouldered by a kind of receptacle of the salacious,” Sean Penn says to @nmoralesnbc during a discussion about the #MeToo movement pic.twitter.com/O4yGtEZjpk

“We don’t know what’s a fact in many of the cases,” he continued. “Salacious is as soon as you call something a movement that is really a series of many individual accusers, victims, accusations, some of which are unfounded. The spirit of much of what has been the #MeToo movement is to divide men and women.”

The 58-year-old, who has a history of supporting far-left political figures including late Venezuelan dictator Hugo Chávez, also pushed back on interviewer Natalie Morales claim that the movement had “united” women.

“I’m gonna say that women that I talk to, not in front of a camera, that I listen to, of all walks of life, that there’s a common sense that is not represented at all in the discussion when it comes to the media discussion of it, the discussion where if Sean Penn says this, so and so’s going to attack him for saying this, because of that.”

“I don’t want it to be a trend, and I’m very suspicious of a movement that gets glommed on to in great stridency and rage and without nuance,” the Oscar-winner said. “And even when people try to discuss it in a nuanced way, the nuance itself is attacked.”

Penn is the latest figure to express concern about the dangers posed by the feminist-driven movement, which emerged in the wake of historic sexual misconduct allegations made against film producer Harvey Weinstein and other major Hollywood figures. Last week, comedian Norm McDonald warned that it could end with an innocent person committing suicide as a result of a false allegation.