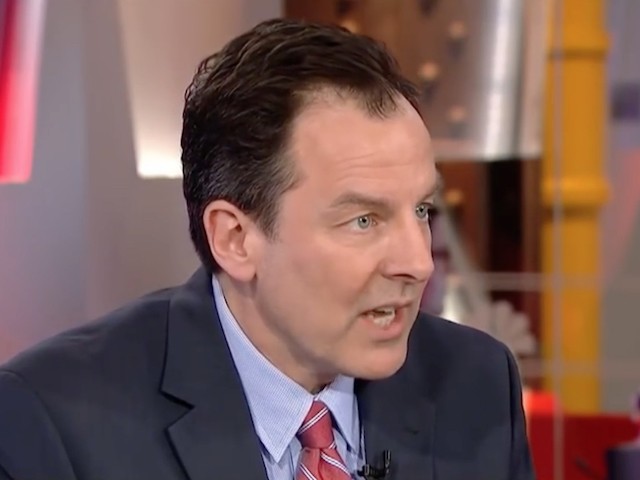 Tyler said, “They lost the majority, which is a whole different world for the Republicans.”

He added, “You have seen President Trump’s behavior over the last week—it has not been very cheerful of all the things going on. Internally, it looks like, based on reporting and NBC reporting, that he’s quite distraught about the elections. He’s not happy about it.”

When asked what Republicans should do in 2020, Tyler said, “You have to figure out how to get white affluent, educated women back from the suburbs, because when you combine that coalition with African-Americans and Hispanics, which the Democrats now seem to be solidifying, that would be a generational realignment.”

He continued, “If that’s true, the Republicans won’t be in charge for a very, very long time. I also believe, and it won’t surprise you, that the Republicans need to learn to stand up to the president when he is butting up against constitutional, traditional norms of the White House. And, yes, that may cost another seat, but it’s okay, then you go back to being a citizen. But I think in the long run, the damage to the Republican party is such that, I don’t know that the Republican Party survives. Because what happens is now the party is so attached to a personality, the way the Kadima Party in Israel was attached to Ariel Sharon. It doesn’t exist anymore when Ariel Sharon passed on. When Bibi Netanyahu leaves the stage, I don’t believe there will be a Likud party anymore. When Donald Trump leaves, there will be no Republican party anymore. I don’t know what will replace it, but I really don’t think that coalition exists anymore.”

He added, “I think things are going to get worse for the president and not better, and the Republican party is going to figure out that if they want to be in power, aligning yourself with this president as he keeps chipping away at the traditional people who are aligned with the Republican party. And if you look at the electoral map for 2020, the president’s got real problems. There’s still a challenge. He could lose Florida and any other state and lose, or you need to beat him in three different states. But remember, in the Midwest, so you’ve got Michigan, Wisconsin, and Pennsylvania, if he loses all three of those, it’s over. And remember, we had zero — the Republicans went 0 for 6 in those statewide races, governors and U.S. Senate.”