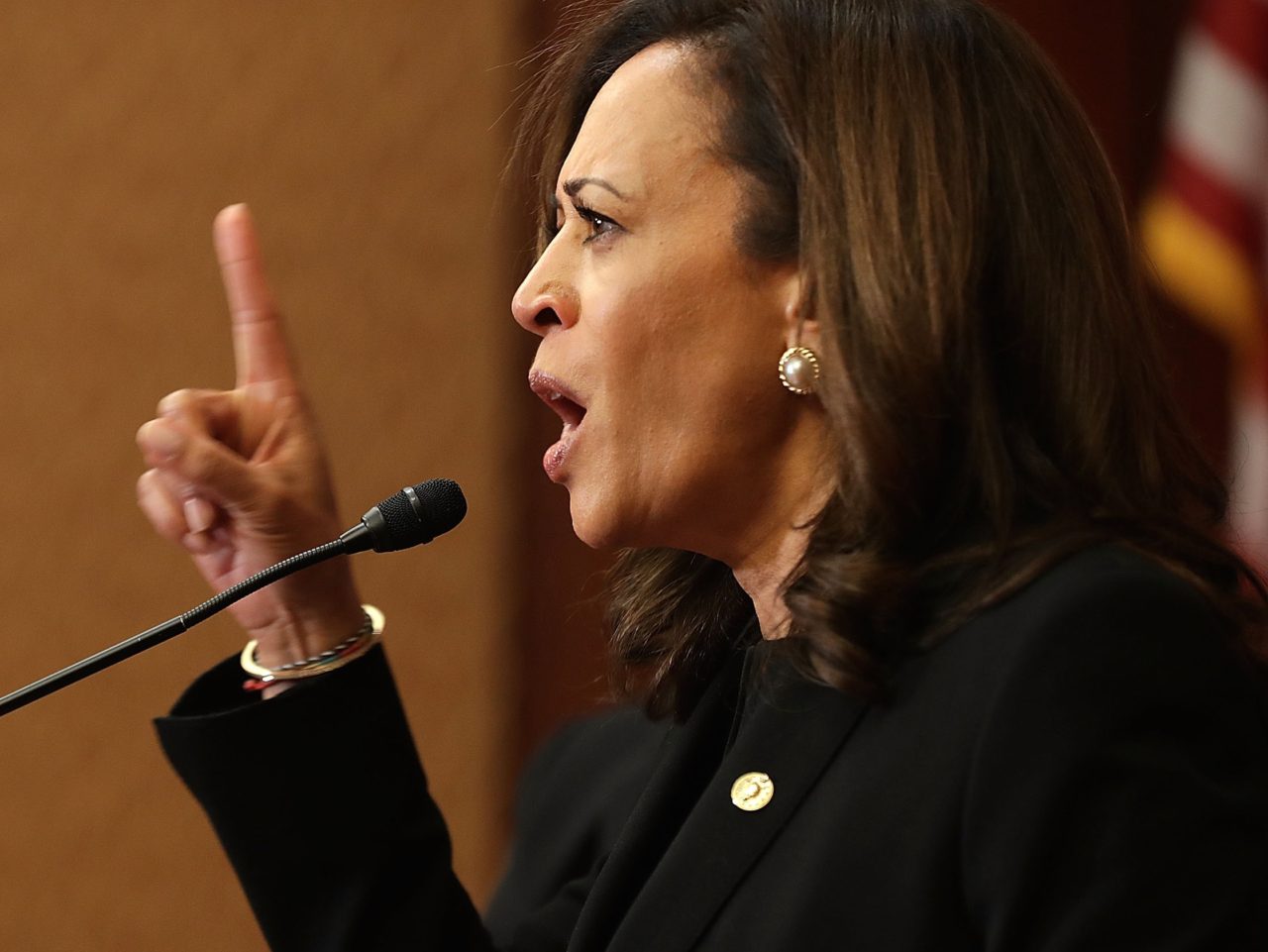 During his opening statement, Vitiello said, “If confirmed, one of my highest priorities will be to better demonstrate to the public, Congress, and the media the importance of our mission to homeland security and public safety — and why our agency’s existence should not be up for debate.”

Ronald Vitiello, Trump’s nominee, was questioned by Harris about comments made in the past where he referred to the Democratic Party as “neo-Klan” like. Vitiello offered an apology for the comments and called them inappropriate as he considered the history of the Klan, but that was not good enough for Harris.

Harris insisted Vitiello, who has patrolled the border for thirty years, expound on why his comments were inappropriate.

“The Klan was what we could call today a domestic terrorist group,” Vitiello said.

“Because they tried to use fear and force to change the political environment,” Vitiello replied.

“And what was the motivation for the use of fear and force?” Harris asked.

“Based on race and ethnicity, ” Vitiello stated.

“Right,” Harris declared. “And are you aware of the perception of many about how the power and discretion at ICE is being used to enforce the law and do you see any parallels?”

“I do not see any parallels,” Vitiello responded, to which Harris said she was talking about perceptions.

“How can you be the head of an agency and be unaware of how your agency is perceived by certain communities?” Harris asked.

“There’s a lot of perceptions in the media and in the public that are incorrect about the agency,” Vitiello said.

Earlier this year, in an interview with NBC’s Kasie Hunt, Sen. Harris floated the idea of “starting from scratch” when it comes to immigration enforcement.

“I think there’s no question that we’ve got to critically re-examine ICE, and its role, and the way that it is being administered, and the work it is doing. And we need to probably think about starting from scratch.”