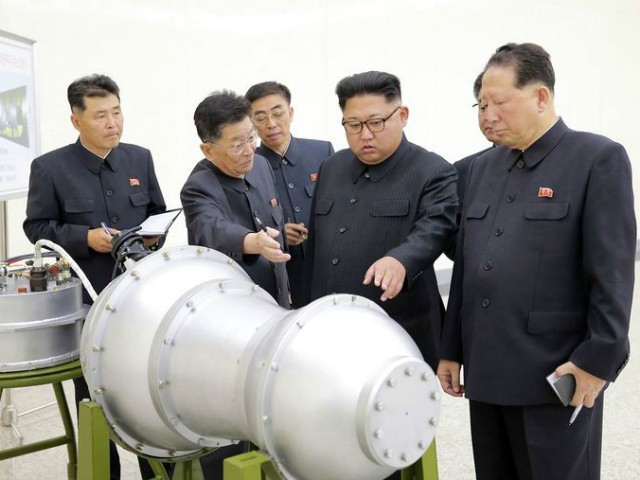 A study that the Center for Strategic and International Studies (CSIS) published on Monday found that North Korea is maintaining at least 13 ballistic missile bases, seemingly contradicting the spirit of denuclearization even as Pyongyang demands sanctions relief as a reward for the steps it has taken so far.

The report from the think tank based in Washington, DC, claimed there are about 20 “undeclared North Korean missile operating bases,” of which 13 have been discovered through satellite photography. The North Koreans made a great show of dismantling the missile launch facility at Sohae, which they described as a “satellite launching station.” However, CSIS asserted the actions taken at Sohae were a distraction, a theatrical gesture toward fulfilling commitments made by dictator Kim Jong-un at his June summit with President Trump, while many other bases in remote locations are quietly kept operational.

The New York Times pronounced the CSIS report an unmitigated disaster for President Donald Trump’s North Korea policy, describing the missile bases as part of a “great deception” and slamming Trump’s recent statements about denuclearization as misleading, or at best excessively optimistic:

The satellite images suggest that the North has been engaged in a great deception: It has offered to dismantle a major launching site — a step it began, then halted — while continuing to make improvements at more than a dozen others that would bolster launches of conventional and nuclear warheads.

The existence of the ballistic missile bases, which North Korea has never acknowledged, contradicts Mr. Trump’s assertion that his landmark diplomacy is leading to the elimination of a nuclear and missile program that the North had warned could devastate the United States.

“We are in no rush,” Mr. Trump said of talks with the North at a news conference on Wednesday, after Republicans lost control of the House. “The sanctions are on. The missiles have stopped. The rockets have stopped. The hostages are home.”

The Times noted that CSIS tapped Victor Cha, “a prominent North Korea expert whom the Trump administration considered appointing as the ambassador to South Korea last year,” and strongly implied Trump made a mistake by not heeding Cha’s warnings about North Korea:

A State Department spokesman responded to the findings with a written statement suggesting that the government believed the sites must be dismantled: “President Trump has made clear that should Chairman Kim follow through on his commitments, including complete denuclearization and the elimination of ballistic missile programs, a much brighter future lies ahead for North Korea and its people.” A spokesman for the C.I.A. declined to comment.

The revelation of the bases comes as Mr. Trump’s signature piece of diplomacy, based on his meeting exactly five months ago with Mr. Kim, appears in peril. Publicly, Mr. Trump remains relentlessly optimistic, to the point that he said at a campaign rally that he and Mr. Kim, one of the world’s most brutal dictators, “fell in love.” But last week, talks with the North hit another snag, as it declared that it would not send its chief negotiator to meet with Secretary of State Mike Pompeo in New York to plan the next summit meeting.

“What everybody is worried about is that Trump is going to accept a bad deal — they give us a single test site and dismantle a few other things, and in return they get a peace agreement,” Cha said, predicting Trump might “declare victory, say he got more than any other American president ever got, and the threat would still be there.”

Reuters looked at the report on Monday and pointed out that maintaining the missile bases in question is not a blatant violation of the promises Kim made in June. CSIS researcher Joseph Bermudez noted activity at the 13 sites consists of “maintenance and minor infrastructure improvements” at remote facilities the North really ought to be dismantling, or at least clearly identifying to international arms inspectors:

The sites identified in the CSIS report are scattered in remote, mountainous areas across North Korea, and could be used to house ballistic missiles of various ranges, with the largest believed to be capable of striking anywhere in the United States.

“Missile operating bases are not launch facilities,” Bermudez wrote. “While missiles could be launched from within them in an emergency, Korean People’s Army (KPA) operational procedures call for missile launchers to disperse from the bases to pre-surveyed or semi-prepared launch sites for operations.”

None of the missile bases have been acknowledged by North Korea, and analysts say an accurate disclosure of nuclear weapons and missile capabilities would be an important part of any denuclearization deal.

Bases like the Sakkanmol facility profiled at length by CSIS are basically depots for mobile launchers that can threaten South Korea, Japan, and American bases in the region with short- and medium-range weapons. North Korea has yet to discuss abandoning such launch capabilities and would be inclined to argue that it never agreed to completely dismantle its missile launch system.

The major concern about North Korea is its push to obtain sanctions relief as a reward for the actions it has taken so far. This would surprise no one who has spent even a few minutes studying the long and frustrating history of North Korean disarmament initiatives.

The Sydney Morning Herald observed during the weekend that South Korea is pushing for reconciliation with the North at breakneck speed, and investors in other nations, including Australia, are eager to cash in. That could be a problem, as the international sanctions regime disintegrates long before complete, verifiable, irreversible denuclearization is achieved, or it could be helpful as Pyongyang becomes reluctant to scare away all that foreign money with provocative nuclear and missile tests.

Pyongyang has always believed the West and its allies in Seoul lack the will to maintain maximum sanctions pressure long enough to make the North comply with non-negotiable demands. It seems a bit premature to declare failure over demands that have not even been made yet.