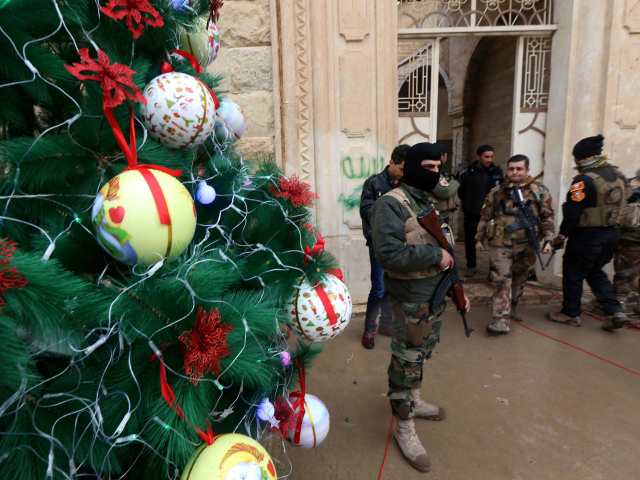 One topic has resonated more than any other at the Vatican’s synod on youth, a report stated Sunday, that of anti-Christian persecution.

“The two most sustained ovations so far have been for an Iraqi youth and an Indian archbishop,” recounts veteran Vatican analyst John L. Allen Jr., “both of whom recounted direct stories of suffering and persecution on account of the faith in the 21st century.”

In his address to synod members, Safa Al Alqoshy, a Chaldean Catholic from Baghdad, narrated the suffering of Iraqi Christians at the hands of Islamist militants and received what was described as the “most sustained applause” of any speaker so far.

A number of priests and other Christians have “shed their blood in church to witness to Jesus,” Al Alqoshy told the National Catholic Register. “They refused to leave in spite of a lot of threats. We’ve had a lot of priests kidnapped. Father Basel Yaldo is now a bishop, he was kidnapped for a long time but he was steadfast in his faith, he did not fear, because God knows what he’s doing.”

Al Alqoshy later elaborated that the physical violence is terrible, but it is not the only form of persecution at play.

The second chronicle of anti-Christian persecution was related by Indian Archbishop John Barwa of Cuttack-Bhubaneswa, who described a brutal anti-Christian massacre carried out in the district of Kandhamal in 2008, leaving more than 100 people dead.

Barwa recounted the story of Rajesh Digal, a young catechist who was executed by a mob of Hindu fundamentalists on August 26, 2008. The throng buried Digal in mud up to his neck, urging him to convert, Barwa said.

One man held a stone over his head, demanding that he renounce Jesus Christ.

“He closed his eyes, looked up at him and said ‘No!’ And the man dumped the stone on his head,” Barwa said. “He silently gave witness of the God of life. And this is only one story. There are so many powerful stories of faith.”

Barwa told Crux that his own niece, a Catholic nun, had been gang-raped during the same 2008 outbreak of anti-Christian violence.

Worldwide, over 200 million Christians face severe persecution and Christians make up some 75 percent of all those targeted for harassment and persecution because of their faith.

According to Open Doors, a Christian watchdog group, in 2017 as many as “215 million Christians experience high levels of persecution in the [50] countries on the World Watch List,” with the majority of them in North Korea, considered “the worst place for Christians” for 16 consecutive years.

“In terms of the number of people involved, the gravity of the crimes committed and their impact, it is clear that the persecution of Christians is today worse than at any time in history,” said John Pontifex, editor of a 2018 report on Christian persecution.