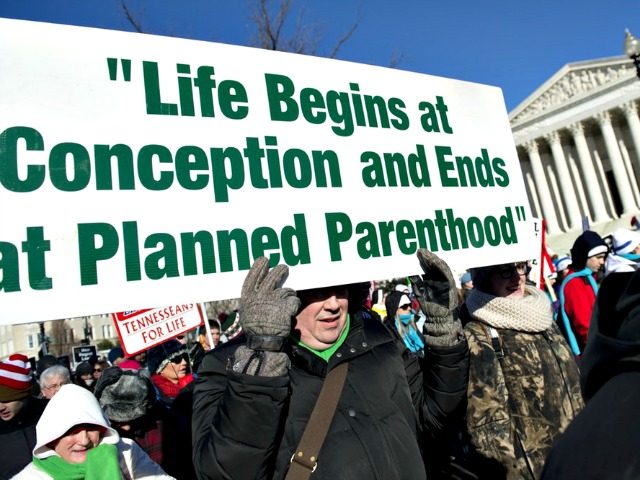 The U.S. Department of Health and Human Services (HHS) has terminated a contract between Advanced Bioscience Resources, Inc. (ABR) and the Food and Drug Administration (FDA), after concerns the biomedical company was providing the government with “fresh” aborted baby tissue to engineer humanized mice for drug experimentation.

A statement from HHS Monday said a recent review of the contract between ABR and the FDA, to provide human fetal tissue to develop testing protocols, left HHS insufficiently “assured that the contract included the appropriate protections applicable to fetal tissue research or met all other procurement requirements.”

Pro-life leaders, however, say HHS’s termination of the ABR contract is only a “small first step” and “completely inadequate” to achieve a goal of severing American taxpayers’ ties to the abortion industry.

“So long as HHS trades taxpayer dollars for freshly-aborted baby body parts, the U.S. government is setting its own abortion quotas and sending the message that these children are worth more dead than alive,” said the Center for Medical Progress (CMP) – the group of undercover journalists that exposed the alleged trafficking of aborted baby parts for profit in a series of videos.

By terminating a grotesque contract for “fresh” aborted baby parts from Planned Parenthood’s business partners ABR that never should have been signed in the first place, HHS has taken a small first step to stop the epidemic of trafficking tiny baby hearts, lungs, livers, and brains from late-term abortion clinics into government-sponsored laboratories for taxpayer-funded experimentation.

Susan B. Anthony List president Marjorie Dannenfelser also said the termination of the contract with ABR is “completely inadequate,” and that HHS secretary Alex Azar “must put an immediate moratorium on funding for research using aborted baby organs and tissue purchased from the abortion industry.”

“Canceling a single contract and conducting a review is a small step forward, but overall is completely inadequate,” Dannenfelser added. “Azar should instead devote tax dollars to ethical alternatives that – unlike experimentation on fetal tissue – produce successful therapies for patients.”

“Pro-life Americans are horrified and outraged by revelations that the pro-life Trump Administration contracted with a notorious baby parts trafficker to purchase ‘fresh’ aborted baby body parts for research, at taxpayer expense,” she asserted. “Unfortunately, HHS’s response does very little to alleviate the outrage. Secretary Azar must show decisive leadership and fix this problem immediately.”

Last week, 85 members of Congress sent a letter to Dr. Scott Gottlieb, commissioner of the FDA, expressing dire concern about the $15,900 contract FDA had awarded to ABR in July. The stated objective of the contract was to acquire “fresh human fetal tissue” for the FDA’s ongoing research.

“ABR is the only company that can provide the human fetal tissue needed to continue the ongoing research being led by the FDA,” the agency said in its official notice of the contract, and the Congressional Research Service also notes, “Fetal tissue used in research is obtained from elective abortions.”

In their letter, the members of Congress – including Reps. Chris Smith (R-NJ), Vicky Hartzler (R-MO) and Mark Walker (R-NC) – cited federal law that prohibits the buying and selling of human fetal tissue for “valuable consideration.”

The congressional leaders observed ABR had admitted to the House Select Investigative Panel on Infant Lives and the Senate Judiciary Committee that it paid $60 for aborted babies and then sold their body parts at $325 per “specimen.”

Scientists have ethical alternatives for conducting medical research. They can and do use mice with human-like immune systems developed from bone marrow and umbilical cord blood – sources that are not obtained through the destruction of unborn children. The FDA should cancel this gruesome contract immediately.

“HHS’s newly-announced review of fetal tissue procurement and experimentation must be exacting, and it must terminate all other agreements for baby body parts with ABR, StemExpress, and similar business partners with Planned Parenthood and the abortion industry,” CMP said, adding:

HHS should provide 110% transparency about the extent of taxpayer-funded harvesting from and experimentation on unborn children, and to this end, CMP will file a federal Freedom of Information Act request in the coming days to surface all the relevant facts and details about the $100 million in taxpayer money spent on HHS’s most recent round of baby body parts contracts and projects.

The concern about the contract came following congressional investigations into the abortion industry’s alleged complicit relationship with biomedical companies, such as ABR, that purchase the body parts of aborted babies. Supposedly, the U.S. Department of Justice launched an investigation into Planned Parenthood’s practices with regard to the sale of fetal body parts last December.

In December 2016, Senate Judiciary Committee Chairman Chuck Grassley wrote in a letter to former Attorney General Loretta Lynch and former FBI director James Comey that he was referring “the paid fetal tissue practices of the following organizations…to the FBI and the Department of Justice for investigation and potential prosecution,” and named ABR as one of the organizations:

“I don’t take lightly making a criminal referral,” Grassley said in a statement at the time. “But, the seeming disregard for the law by these entities has been fueled by decades of utter failure by the Justice Department to enforce it. And, unless there is a renewed commitment by everyone involved against commercializing the trade in aborted fetal body parts for profit, then the problem is likely to continue.”