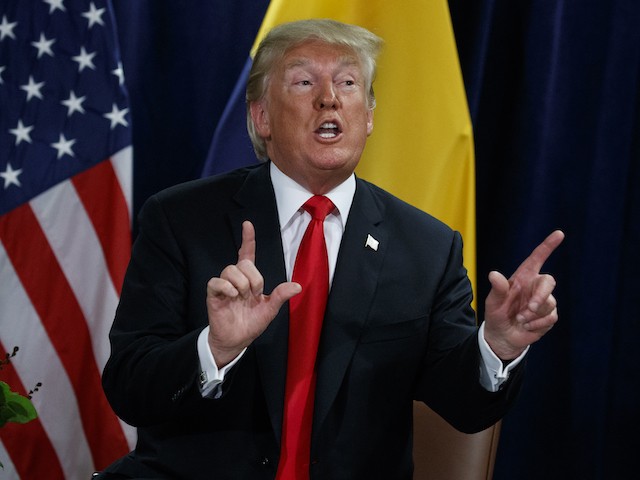 “Democrats are playing a con game — C-O-N,” Trump said in response to the controversy. He made his remarks after his speech at the United Nations General Assembly during a meeting with the new president of Colombia.

The president immediately challenged the accusations from Deborah Ramirez, featured in an uncorroborated story in the New Yorker. Ramirez claimed that Kavanaugh exposed himself during a party when he was in college. Kavanaugh has adamantly denied the accusations.
“The second accuser has nothing,” Trump said, pointing out that she admitted that she was “drunk” at the time and had “time lapses” in her story.

“There were gaps, and she was totally inebriated and all messed up,” Trump said. “She doesn’t know it was him but it might have been him.”

He said it would be a bad precedent for political nominees in the future if Kavanaugh’s confirmation was ultimately blocked.

“This is a high-quality person, and it would be a horrible insult to our country if this doesn’t happen,” Trump said. “And it’ll be a horrible, horrible thing for future political people.”

The president angrily blamed Democrats for trying to ruin Kavanaugh and his family.

“His wife is devastated, his children are devastated. I don’t mean, ‘Oh gee, I am a little unhappy.’ They are devastated,” Trump said. “And it is because of these Democrats.”