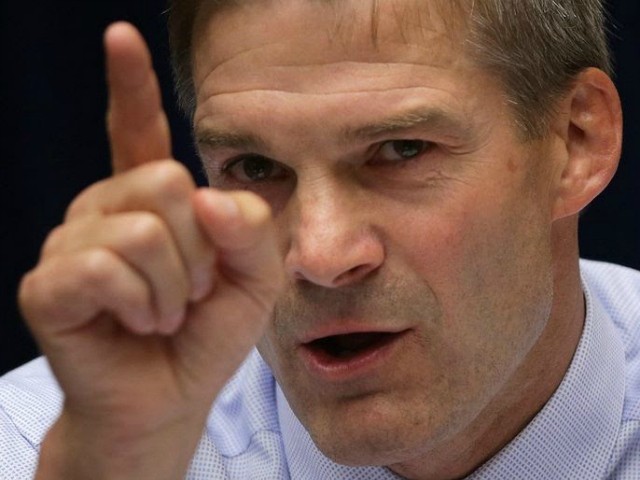 It is less than one week until the September 30 deadline to fund the federal government. While many lawmakers think the bill passed by the Senate will fly in the House, Rep. Jim Jordan (R-OH) is not one of them.

“Republicans need to actually do what we said,” Jordan said.

Rep. Andy Biggs, R-Ariz., who, like Jordan, is a member of the conservative House Freedom Caucus, warned that if Republicans want to avoid a “blue wave” in November’s midterms, the GOP needs to fund the wall in the spending bill.

“You want to stanch a blue wave,” Biggs said.“Then keep your promises — and one of those promises is to build the wall.”

Meanwhile, other Republicans who have vowed to defund Planned Parenthood — and even did so during the Obama administration while knowing that a presidential veto was inevitable — are now backing legislation to fund the nation’s largest abortion provider and not fund construction of a wall on the U.S. border with Mexico.

House Speaker Paul Ryan, R-Wis., defended the bill, saying it fully funds the military while providing “historic” spending to fight the opioid epidemic, which takes the lives of more than 100 people in the U.S. every day.

“I expect it to pass. The votes are going to be there,” said Rep. Tom Cole, R-Okla., a senior member of the House Appropriations Committee who is among the best vote counters in the Capitol.

“There’s substantial support” for the bill in both parties, Cole said. He emphasized that the measure increases defense spending — including the largest pay raise for the military in nearly a decade — and boosts funding for a range of domestic programs, including a 5 percent increase for the National Institute of Health, a priority of both parties.

AP noted that separate spending bills are being considered in both the House and Senate that include funding for the wall, but “GOP leaders have said they prefer to resolve the issue after the Nov. 6 elections.”

It is not clear if President Donald Trump will sign legislation that doesn’t have funding for the wall but he tweeted about it last week.

“I want to know, where is the money for Border Security and the WALL in this ridiculous Spending Bill, and where will it come from after the Midterms?” Trump tweeted. “Dems are obstructing Law Enforcement and Border Security. REPUBLICANS MUST FINALLY GET TOUGH!