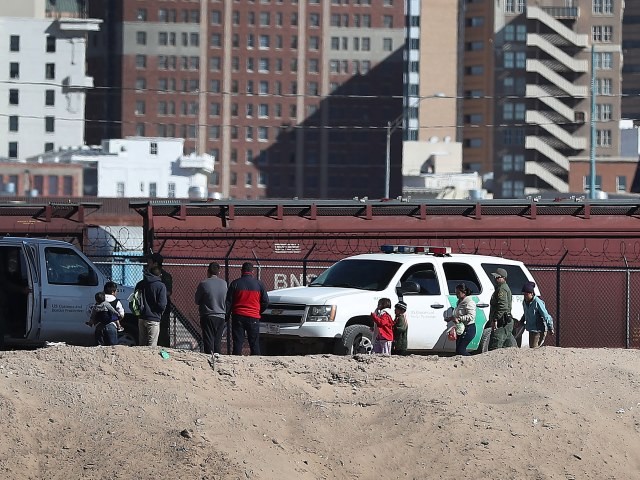 Border Patrol agents working in El Paso apprehended a family unit as they attempted to illegally cross the border near the Bridge of the Americas on January 24. The agents transported the father and son to the station where they proceeded with a biometric background investigation, according to information obtained from U.S. Customs and Border Protection (CBP) officials.

During the investigation, the agents identified the father as 45-year-old Lauro Garcia-Perez, a Guatemalan national. The records check also included an “extensive criminal history in New Jersey,” officials reported.

CBP officials reported that the father and son are now both facing immigration proceedings. “His attempt has been thwarted thanks to the efforts of the U.S. Border Patrol, keeping convicted criminals out of our communities,” CBP officials stated.

Garcia-Perez could face federal prosecution for illegal re-entry after removal as a convicted felon. If convicted, the Guatemalan national could face up to 20 years in federal prison.

Breitbart News contacted CBP officials for more information about the case and for the status of the son. CBP officials told Breitbart News that the 4-year-old boy has been turned over to U.S. Health and Human Services. The father will be deported back to Guatemala.

Garcia-Perez is one of the thousands of criminal aliens who are stopped by Border Patrol agents from making their way back into the U.S. interior where they could commit additional crimes. During Fiscal Year 2018 through late August, CBP officials reported that Border Patrol agents arrested nearly 8,000 illegal aliens with criminal histories or outstanding warrants, officials reported.

Editor’s Note: This article has been updated with additional information from U.S. Customs and Border Protection officials.