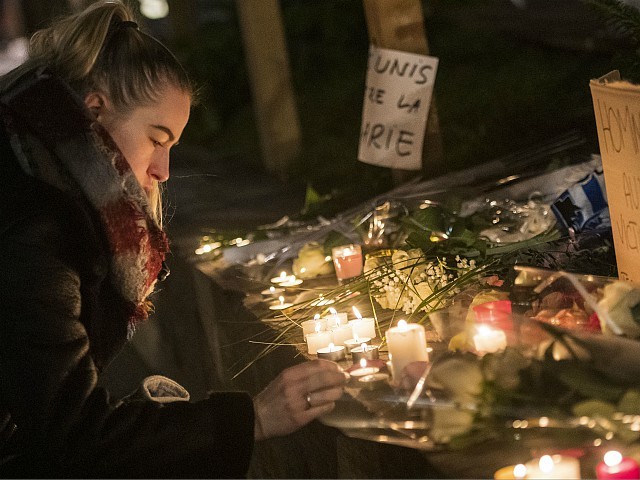 Pope Francis has written a telegram denouncing Tuesday’s terror attack at the Strasbourg Christmas Market in which two people were killed and 13 injured.

As Breitbart News has reported, 29-year-old terror suspect Cherif Chekatt has 27 prior criminal convictions, shouted “Allahu Akbar” during the attack, and has frequented radical Islamic circles.

At a press conference Wednesday, France’s anti-terror prosecutor Rémy Heitz said that witnesses had observed the suspect yelling “Allahu Akbar” as he fired upon the crowd at the Strasbourg Christmas market on Tuesday evening.

In his telegram, which was addressed to the Archbishop of Strasbourg, Luc Ravel, the pope expressed his condolences and promised prayers for all the people of France.

“It is with sadness and concern that His Holiness Pope Francis learned of the attack that took place last night at the Christmas market in Strasbourg, which caused multiple casualties,” the telegram reads.

“Pope Francis again expresses his firm condemnation of such acts. He offers his compassion especially to the affected families and to all those affected by this attack, assuring them of his prayers,” it said.

“While entrusting the deceased to the mercy of God, the Holy Father has a special thought for the professionals and the volunteers who take care of the wounded,” it continued. “As a pledge of consolation, he implores the abundance of divine blessings on the victims, on those who assist them and on all the French people.”

Like Cherif Chekatt, Amri was known as a small-time criminal before the attack and was also known to have traveled in circles of Islamic extremists.