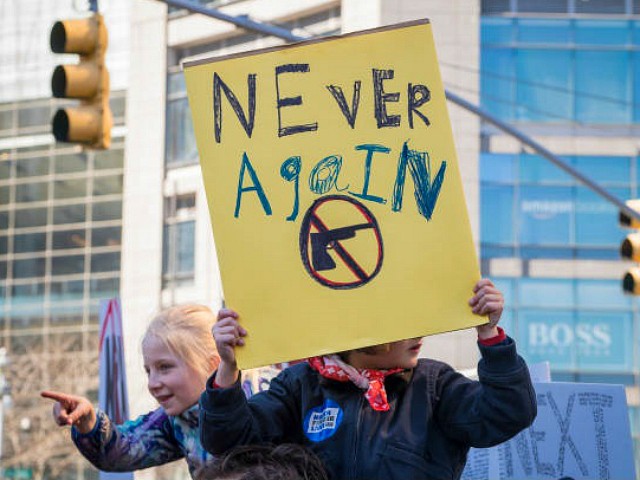 A Gallup poll shows support for stricter gun laws has fallen from from roughly 7 in 10 to approximately 6 in 10 as the midterm elections draw near.

According to the poll gun control support fell from 67 percent in March to 61 percent now.

Gallup notes that support for gun control typically rises following a high profile shooting, only to fall as time passes. Therefore, “after the December 2012 shooting at Sandy Hook Elementary School in Newtown, Connecticut, support for stricter gun control jumped to 58%, though it fell to 49% less than a year later.”

The elevated support (67 percent) for gun control in March can therefore be understood as a reaction to the February 14, 2018, Parkland high school shooting.