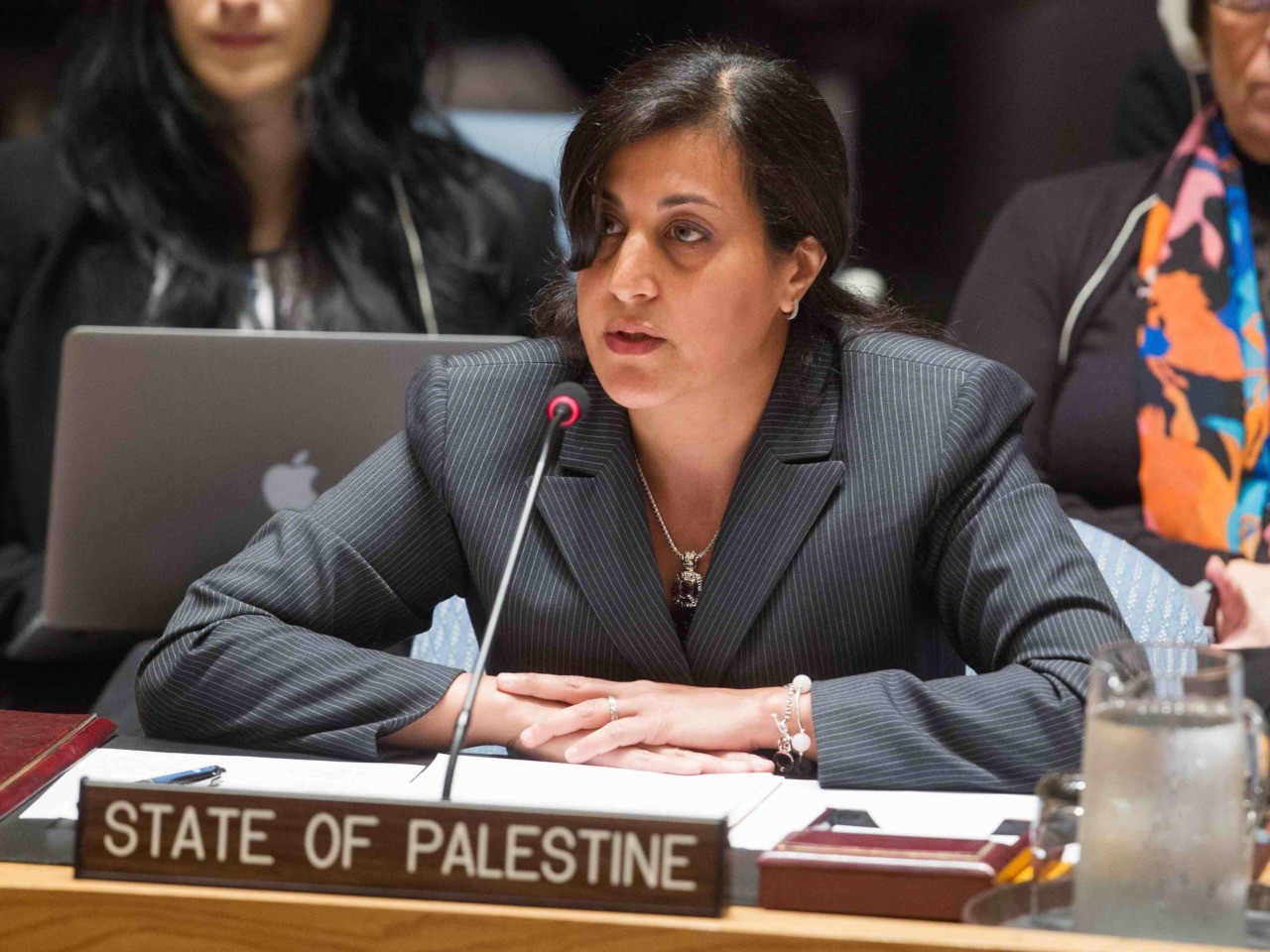 Palestinian ambassador Feda Abdelhady Nasser, who serves as Deputy Permanent Observer of the State of Palestine [sic] to the United Nations, made a political contribution to the campaign of Democrat Ammar Campa-Najjar in December 2017.

Abdelhady, the second-ranking official at the Palestinian U.N. mission in New York, contributed $250.00 to Campa-Najjar’s campaign, according to the Federal Election Commission (FEC) website. According to the FEC report, which lists her donation under the name “Feda Adbelhady” [sic], she listed her employer as “UN mission” and her job as “diplomatic consultant.”

While it is unusual for foreign ambassadors to contribute money directly to U.S. political campaigns, it is not illegal if the ambassador in question holds U.S. citizenship. Abdelhady has identified herself in the past as the “daughter of Palestinian immigrants to the U.S.,” and was educated in the U.S., according to her LinkedIn profile.

Still, the ambassador’s contribution suggests a strong degree of interest among Palestinians — both in the United States and abroad — in Campa-Najjar’s candidacy, and in the 2018 election in general. Another Palestinian-American, Rashida Tlaib, won the Democratic Party primary in Michigan’s 13th congressional district in August, and is running unopposed in the general election. (The Palestinian mission to the U.N. did not reply to a request for comment.)

Campa-Najjar, whose father is Palestinian and whose mother is Mexican-American, and who is a practicing Christian despite his Muslim roots, has drawn attention to his unusual “Hispanic Arab-American” heritage. Last year, he told an interviewer that he saw himself as “the minority’s minority.”

He changed his legal name after the June primary election from “Ammar Yasser Najjar” to “Ammar Joseph Campa-Najjar,” adding his mother’s family name to his surname. He had previously used “Ammar Campa” in some campaign materials.

His grandfather, Muhammad Yusuf al-Najjar, was a Palestinian terrorist involved in the massacre of 11 Israeli athletes at the 1972 Olympic Games in Munich, Germany. (Campa-Najjar has condemned his grandfather’s actions as “horrific.”)

Campa-Najjar’s father, Yasser Najjar, was the Palestinian ambassador to Norway, as well as Iceland and Albania, according to his LinkedIn profile. He was described by National Public Radio in 2003 as a “Palestinian peace activist” for supporting a two-state solution to the Israeli-Palestinian conflict.

Abdelhady Nasser’s donation came at a time when Campa-Najjar was reportedly soliciting funds from Palestinian-Americans in New Jersey. That month, he addressed a small gathering at a Palestinian community center in Clifton, New Jersey. (The meeting was reported in a Al Hawdeth, a local Arabic-language newspaper.)

According to Abdelhady’s FEC record, Abdelhady Nasser listed a location in New Jersey as her mailing address.

Campa-Najjar is running closely behind Hunter, who was indicted earlier this year on federal charges of misusing campaign funds. (Hunter protests that he is innocent and that the charges are “politically motivated.”)

Recently, Hunter has come under fire for a campaign ad that suggests Campa-Najjar is a security risk to the U.S. Campa-Najjar called the ad “racist,” and the American Jewish Committee also condemned the ad as “appealing to prejudice against Muslims or Arab Americans.”