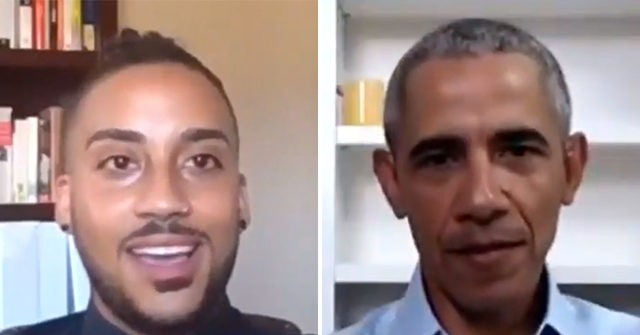 Minneapolis Councilman Philipe Cunningham blamed “white supremacists” for burning down black-owned businesses in the city, in a conversation with activists in a digital town hall hosted by former President Barack Obama Wednesday evening.

“In North Minneapolis, the historically black community in Minneapolis where I represent, we’ve been dealing with far right-wing, and white supremacist groups terrorizing our community by burning down black-owned businesses,” he claimed in the Obama Foundation town hall on police reform.

Cunningham, who introduced himself as a “black, queer, transgender man,” did not provide any evidence for that claim. The allegation appears to have come from a Department of Homeland Security (DHS) memo leaked to Politico, citing a single Telegram message encouraging extremists to “frame” Black Lives Matter protesters for violent unrest.

However, no subsequent evidence has yet shown that these groups have infiltrated nationwide protests over the death of George Floyd — many of which have descended into destruction of property, looting, and even fatal shootings. Even the far-left Southern Poverty Law Center (SPLC) has conceded there is “no clear evidence” for the assertion.

The councilman said that he was “a little bit tired” after spending many nights organizing his community of North Minneapolis.

He also said that it was time to demand a new form of policing, arguing that the entire system was racist.

“We know the system of policing is rooted in, it’s founded on and rooted in white supremacy, in a history of slave-catching,” he said.

Cunningham said that the goal of an ideal community would not have police at all.

“We have to start thinking about: what does look like to have a future without police? What would it look like for us to not need police and then work backwards from there,” he said, calling for “alternative systems.”

He argued that violence was merely a “disease” that deserved a public health approach to public safety.

Cunningham explained that he carried “generations of trauma and rage” at the violence perpetrated by law enforcement by “systemic racism.”

“I myself, as a black queer transgender man, I too live firsthand with both the trauma that I have to carry around,” he said.