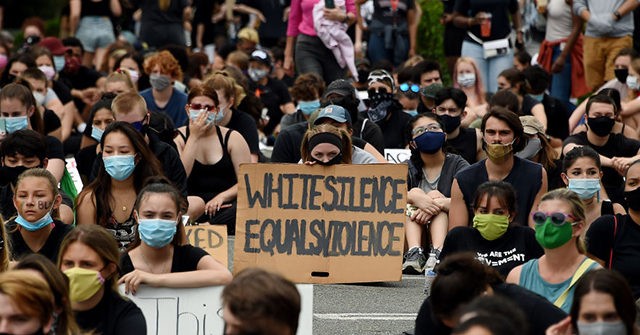 The media is reporting that “health experts” signed an open letter supporting the protests that have, in many American cities, devolved into violent riots that have destroyed neighborhoods and businesses, because “white supremacy is a public health issue” that has contributed to the spread of the coronavirus.

The protests were sparked by the death of a black man, George Floyd, who died in police custody in Minneapolis on Memorial Day.

The letter is, in fact, signed by physicians, medical organizations, and academics, but scores of others who are described as “community stakeholders” also signed the document.

“White supremacy is a lethal public health issue that predates and contributes to COVID-19,” the letter says.

The letter also says that while large protests could spread the virus and some of the recommendations like social distancing still apply, “do not disband protests under the guise of maintaining public health for COVID-19 restrictions.”

On the other hand, the letter said protesters should not be arrested because crowded cells could spread the virus and that protesters should “demand that law enforcement officials also respect infection prevention recommendations by maintaining distance from protesters and wearing masks.”

The letter also tells people they should donate to pay for the bail of people arrested at protests or riots.

“We continue to support demonstrators who are tackling the paramount public health problem of pervasive racism. We express solidarity and gratitude toward demonstrators who have already taken on enormous personal risk to advocate for their own health, the health of their communities, and the public health of the United States. We pledge our services as allies who share this goal,” the letter says.

The letter talks about police “violence” but not the violence in some protests, including some protesters who set businesses on fire and looted businesses.

Dozens of public health and disease experts have signed an open letter in support of the nationwide anti-racism protests.

“White supremacy is a lethal public health issue that predates and contributes to COVID-19,” they wrote.https://t.co/EewPNgDSu3

Taxpayer-funded National Public Radio (NPR), however, did not include much of the details in its report on the letter, instead turning to a source that did not sign it, Dr. Elaine Nsoesie, an assistant professor of global health at Boston University.

“Data is showing that blacks and Latinos have been disproportionately affected by COVID-19 in many states,” Nsoesie said. “Racism is one of the reasons this disparity exists.”

“Racism is a social determinant of health,” Nsoesie said. “It affects the physical and mental health of blacks in the U.S. So I wouldn’t weigh these crises separately.”