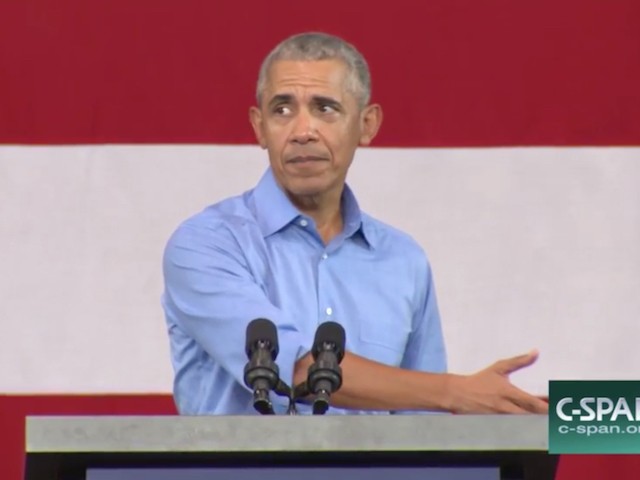 Friday at a campaign rally for Sen. Tammy Baldwin (D-WI) and Wisconsin Democratic candidate for governor Tony Evers, former President Barack Obama said Republicans were hypocritical because they were concerned about potential security breaches of Hillary Clinton‘s emails during the 2016 election, but are not concerned about foreign governments potentially spying on President Donald Trump’s iPhone.

Referencing a report from The New York Times on Russia and China listening in on Trump’s cell phone, Obama said, “In the last election, it was Hillary’s emails! ‘This is terrible! Hillary’s emails!’ We were hearing emails everywhere! ‘This is a national security crisis!’ They didn’t care about emails! And you know how you know? Because if they did, they’d be up in arms right now as the Chinese are listening to the President’s iPhone that he leaves in his golf cart! It turns out, I guess it wasn’t that important.”