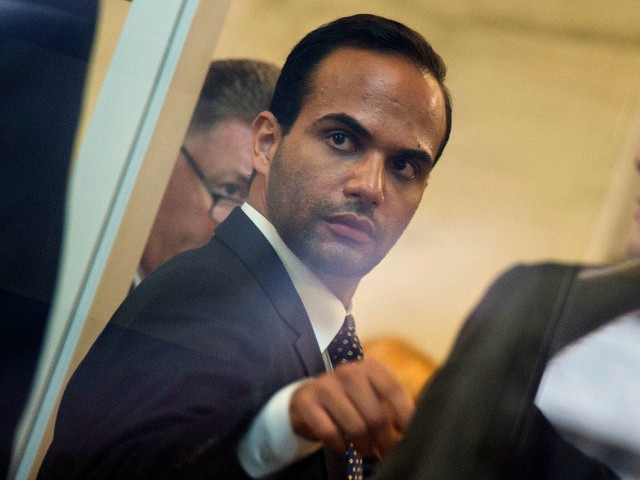 Former Trump campaign adviser George Papadopoulos threatened on Friday to pull out of the agreement he made with special counsel Robert Mueller.

“I believe there was tremendous misconduct on the government’s behalf regarding my case,” Papadopoulos told Fox & Friends host Brian Kilmeade during the interview. “And given certain information I learned just yesterday that I can’t publicly disclose right now,” he continued, “I’m actually even considering withdrawing my agreement I have come to with the government.”

The former foreign policy campaign adviser believes he has been “set up” by the government and that the plea deal — which resulted in a two-week jail sentence — was only reached because of inadequate legal counsel: “Let’s just say, maybe it was [a] chaotic moment when I pled, and that’s exactly why I have new counsel now,” he said. “And we are actively looking into new options. And possibly withdrawing from this agreement right now.”

“As I’ve stated, all my contacts were completely in the Middle East, and Israel in particular, and Europe. I had absolutely no contacts in Russia,” Papadopoulos said, continuing:

Just given that, how on Earth could a man like me be at the center of a Russia conspiracy unless I was completely framed by Western intelligence to make it seem that Papadopoulos was interacting with Russians and that he’s the patsy that started this whole investigation?

These statements followed hours spent talking to the House Judiciary and Oversight committees in a closed-door meeting on Thursday, which Republican congressman Mark Meadows characterized as evidence of the weakness of Mueller’s investigation into Russian interference in the 2016 presidential election.

“The facts that we’re finding in here are astounding, that we would allow this type of investigation go to be embarked upon without any real, solid foundation of collusion,” he said on Thursday.