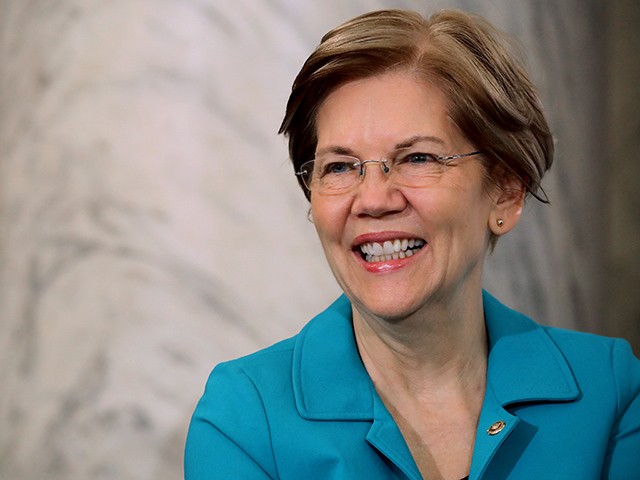 Sen. Elizabeth Warren’s (D-MA) DNA test was such a fiasco, her advisers and even the far-left New York Times are worried this “lingering cloud over likely presidential campaign has only darkened.”

“More worrisome to supporters of Ms. Warren’s presidential ambitions,” the Times writes, is that “she has yet to allay criticism from grass-roots progressive groups, liberal political operatives and other potential 2020 allies who complain that she put too much emphasis on the controversial field of racial science — and, in doing so, played into Mr. Trump’s hands.”

“Advisers close to Ms. Warren say she has privately expressed concern that she may have damaged her relationships to Native American groups and her own standing with progressive activists, particularly those who are racial minorities.”

The Times adds, “Several outside advisers are even more worried: They say they believe a plan should be made to repair that damage, possibly including a strong statement of apology.”

The paper says Warren is expected to announce her 2020 presidential campaign soon, and advisers want her to clear this up just as soon.

The problem for Warren, as I mentioned at the time, is that the window to clear up this legitimate scandal up has forever closed.

If Warren had not allowed Trump to live so rent-free in her head, and if she was anything close to an honest person, she would have used the DNA as an escape hatch, as a way to put this self-inflicted wound to bed right then and there by releasing a statement that said something like:

I’ve taken a DNA test. It proves I have no more Native blood or ancestry than the average white American. In fact, I might even have less. While I always took pride in my belief that I was part American Indian, I regret that I relied on my family lore and apologize for doing so.

Had Warren simply been a grown up about this, had she showed some humility and told the truth instead of counting on the establishment media to bamboozle the American people into believing the DNA test proved she had not been lying all this time (a power the MSM no longer has), this scandal not only would be over, Warren’s reputation would have gone up in the eyes of the voters.

Instead, she lied with the beyond absurd claim that having 1/64 to 1/1024 Native blood makes her a Cherokee. But not only are those DNA findings right in line with the average white American, the sketchy DNA test did not even compare Warren’s genome to the American Indian. Instead it was compared to samples from Mexico, Peru, and Colombia, which means Warren might be 1/64 to 1/1024 Mexican, Peruvian, or Columbian — which again puts her well within the norm of the average white American.

And guess why Warren’s blood could not be compare to that of an American Indian? Because the American Indian wisely refuses to offer DNA samples for this kind of testing because after being exploited by white Democrats for 400 years they are worried white Democrats will use these DNA tests to continue this exploitation — which is exactly what Warren did.

Listen, I am not one for predictions, but come on — Elizabeth Warren will never president. Her mercenary exploitation of her phony Cherokee heritage is a massive vulnerability, but the way in which she rolled out this DNA test not only proved her a liar, it proved she’s a reactionary buffoon.

You can get away with a lot of things running for president — lying, womanizing, gaffes, ignorance… The American people are a forgiving people, but what they cannot and will hot forgive is incompetence, and horrible judgment. They will never vote  someone who looks ridiculous, and Elizabeth Warren has made herself a national laughingstock.

As of now, Warren is only polling at four percent among Democrats. Democrats!

Nothing can save her now. She made herself a punchline and even Democrats know she is nowhere near ready for primetime.