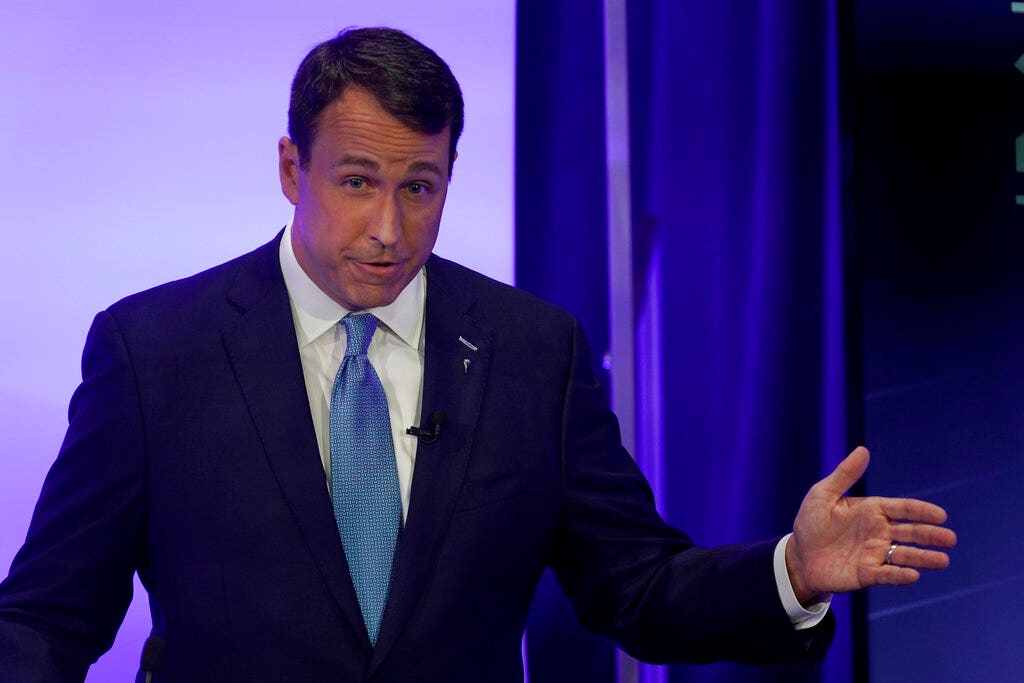 The critical and expensive Senate race in North Carolina, central to determining which party controls the upper chamber, was thrown into uncertainty this weekend.

Within the span of just a few hours on Friday, Republican incumbent Thom Tillis announced that he had tested positive for the coronavirus, while his Democratic challenger, Cal Cunningham, acknowledged and apologized for exchanging sexually suggestive text messages with a woman who is not his wife.

Tillis has “mild symptoms,” a spokesperson said Saturday, and the diagnosis forced the first-term senator to cancel in-person events with just one month until the election. He is one of several Republican officials to contract the virus in recent days, including President Trump and Sens. Ron Johnson, R-Wis., and Mike Lee, R-Utah.

“It’s chaos – it’s really what I see it is,” David McLennan, a political science professor at Meredith College in Raleigh, said Saturday.

Cunningham, who has led in polls throughout the summer and raked in a record-setting $28.3 million in donations over the past three months, apologized Friday for the romantic text messages that he sent. A spokeswoman for Cunningham’s campaign, Rachel Petri, confirmed on Saturday the authenticity of the text messages, which were first reported by the website NationalFile.com.

“I have hurt my family, disappointed my friends, and am deeply sorry. The first step in repairing those relationships is taking complete responsibility, which I do,” Cunningham, who is married with two teenage children, said in a statement late Friday.

Screenshots of the messages show Cunningham told public relations strategist Arlene Guzman Todd, “Would make my day to roll over and kiss you about now,” to which she replies, “You’re so sweet. I would enjoy that.”

Another shows Guzman Todd tell Cunningham, “the only thing I want on my to do list is you,” to which Cunningham replies, “Sounds so hot and so fun!”

But Gary Pearce, a longtime state Democratic consultant, said it’s unclear how much of an effect the text messages will have on the election.

“Most Democrats are really scared by it, but then you wonder has everything changed in the age of [President] Trump,” Pearce said. He noted that Democrats may stand by Cunningham because the seat is key to the party winning control of the Senate.

BIDEN, TRUMP SPAR OVER COVID DEATH COUNTS: ‘YOU WOULD HAVE LOST FAR MORE’

The race is the nation’s most expensive Senate campaign and is second only to the presidential campaign in terms of overall outside spending, according to the Center for Responsive Politics. Independent expenditure groups have poured more than $97 million into the race, data shows.

Republicans are fighting to hold a slim 53-47 majority in the Senate as Democrats target several GOP-held seats they believe are competitive. In order to take back the Senate, Democrats would need to pick up three additional seats and win the White House.

The GOP is hoping to win back the Alabama seat held by Democratic incumbent Sen. Doug Jones, who is considered to be one of the most vulnerable senators. But Democrats are going after Republican senators in a growing number of states, including Maine, Colorado, Georgia, Iowa, Montana, North Carolina and South Carolina.