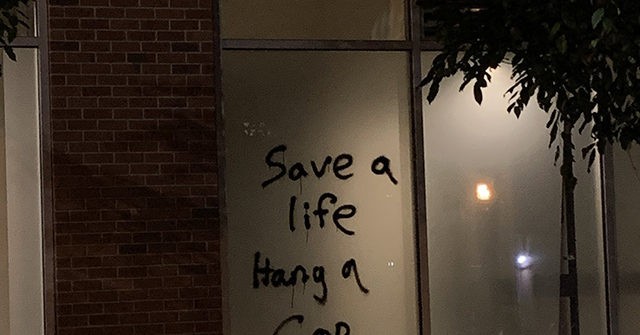 Rioters in Seattle were arrested Saturday night after breaking glass and allegedly throwing an explosive at police officers.

Q13 reports that the would-be rioters “gathered around Cal Anderson Park in Capitol Hill around 9 p.m.,”  then things escalated and they began destroying property.

One of their spay painted messages said, “Save a Life, Hang a Cop.”

The group has made their way onto Harvard and are traveling Southbound. Additional graffiti being reported. pic.twitter.com/Af7qSILHNL

KIRO 7 reports that police responded to the violence by declaring the riotous gathering an “unlawful assembly.” Officers then arrested 16 people for offenses including “property destruction, assault, failure to disperse and rendering criminal assistance.”