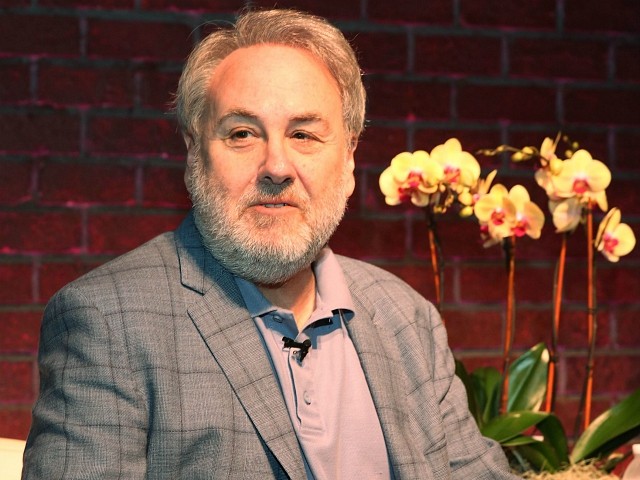 National Public Radio fired film critic David Edelstein Tuesday over what is being inaccurately publicized as a “rape joke.”

Edelstein has been a respected critic for three decades. His work has appeared in the New York Times, Variety, Esquire and a host of others. For nearly ten years he was Slate’s film critic. The 59-year-old has written books and is a member of the New York Film Critics Circle and the National Society of Film Critics.

And now he is being blacklisted.

Politically, Edelstein and I probably agree on nothing, but no decent person can stand by as this man’s entire life and reputation are burnt to the ground over nothing.

On Monday, using his Facebook page, Edelstein posted a joke. Using a still from the most iconic scene in Bernardo Bertolucci’s most iconic film, 1972 ‘s Last Tango in Paris — a scene involving a stick of butter and sodomy — Edelstein wrote, “Even grief is better with butter.”

Let me begin by explaining the context to those unfamiliar with the movie.

To begin with, Bertolucci died this week at the age of 77. During his time he was a giant in European cinema and Last Tango is undoubtedly his most famous work.

In the film, Marlon Brando plays Paul, a middle-aged American living in Paris who has just lost his wife to a gruesome suicide (there is some suspicion he murdered her). Maria Schneider plays Jeanne, a 19-year-old free spirit who embarks on a torrid and ultimately tragic and anonymous sexual affair with Paul in a Paris apartment.

During one of their many sexual encounters, Paul uses the butter as a lubricant before he sodomizes Jeanne.  She cries “No, no, no!” He holds her down. She whimpers in pain. But after it is over, Bertolucci cuts to an after-sex scene where she looks sexually satisfied and starts playfully teasing Paul.

From there, their relationship continues.

The movie’s characters are complicated. Bertolucci is complicated. And in 1972, at the height of the auteur era, movies were allowed to be complicated. They were not subjected to ideological testing. A filmmaker could be nuanced about such things, even something as horrific as rape, without having his life destroyed.

As for me, overall, I find Last Tango excruciating to watch. When Brando’s ad-libbed dialogue is not pretentious, it is disgusting and crude. Although beautifully filmed, the story has no real point and the sex scenes are the opposite of sexy, especially the butter scene.

Nevertheless, Edelstein was not making a “rape joke.” Bertolucci passed away this week, and all Edelstein was doing was making an inside joke (meaning: you have to know the movie to get the joke) about the Brando character’s grief and his use of butter.

That is not a rape joke. That is not Edelstein dismissing the crime of rape or finding rape funny.

But that did not stop the Woke Fascists from successfully calling for Edelstein’s head.

On Wednesday, actress and feminist activist Martha Plimpton tweeted out Edelstein’s Facebook joke and straight-up demanded his firing (she also spread fake news about Bertolucci and Brando, which I will explain below):

“All day I’ve avoided noting [Bertolucci’s] death precisely because of this moment in which a sexual assault of an actress was intentionally captured on film. And this asshole makes it into this joke. Fire him. Immediately,” she wrote.

*warning: rape JFC, David Edelstein. All day I’ve avoided noting this mans death precisely because of this moment in which a sexual assault of an actress was intentionally captured on film. And this asshole makes it into this joke. Fire him. Immediately. pic.twitter.com/NOITGeb7EY

So, not only is Plimpton calling (successfully) for a man’s career and reputation to be annihilated over a joke, she is spreading the long-debunked fake news that Brando actually raped Schneider while Bertolucci filmed it.

This is a total lie.

During a 2013 interview, Bertolucci admitted:

I’d been in a way horrible to Maria because I didn’t tell her what was going on. Because I wanted her reaction as a girl, not as an actress. I wanted her to react and she felt humiliated… and I think that she hated me and also Marlon because we didn’t tell her that there was that detail of the butter used as a lubricant…. To obtain something I think you have to be completely free. I didn’t want Maria to act her humiliation her rage, I wanted her to Maria to feel…the rage and humiliation. Then she hated me for all of her life.

So, all Bertolucci is saying is that he surprised Schneider with the butter. And he was saying this to a group of students asking about his directorial style, and he is not the first director to do something improper to gain an honest reaction.

Three years later, though, Bertolucci’s admission of his objectionable manipulation of Schneider turned into an absurd series of moral panic headlines that falsely accused Bertolucci of conspiring to “Shoot a Non-Consensual Rape Scene.”

For her part, prior to her 2011 death, Schneider never claimed she had been raped, only that the scene made her “feel raped” and that the scene in question was not in the script — except it was in the script. Schneider also claimed the scene was shot in “one take,” but if you watch it (and I recommend you don’t), this was not possible, even with more than one camera.

It is also worth mentioning that while the movie was initially X-rated (it is now NC-17), the sex is all simulated.

None of this excuses Bertolucci surprising Schneider with the butter. To spring this on her the day of the shoot, especially when you are talking about such a sensitive and vulnerable scene — I am not going to defend that. But the idea that this is tantamount to filming an actual rape is outrageous.

To begin with, it probably took a full shooting day to film the scene. There are multiple angles, which requires the actors to stop what they are doing and wait as lights and camera are moved. This can take hours.

What’s more, and this is something the Wokesters never bother to inform anyone of, Brando himself also felt exploited and humiliated by the movie. It would be 15 years before he and Bertolucci ever spoke again.

But guess who did remain friends? Brando and Schneider, right up until his 2004 death. Why would she remain friends with her rapist?

Listen, I’m no Bertolucci fan. I’m certainly no Last Tango in Paris fan. I’m no David Edelstein fan. But this monstrous left-wing witch hunt we are living through, where outright lies and hysterical virtue signaling are allowed to destroy a whole man — this is as un-American as it gets.

Other than give a fading, fascist actress a hook to get her name in the paper, David Edelstein did nothing wrong, and yet, because we are handing the power of free speech over to those who claim offense, this happened… “We have decided to end Fresh Air’s association with him, and have informed David accordingly,” NPR said in a statement.

And in the hopes his WrongThink can someday be forgiven, Edelstein is doing the only thing one can to try and save yourself in the Woke Era, and that’s grovel.

“I now realize the joke was in poor taste and have removed it, and apologize for the remark,” he wrote before deleting the “rape joke.”