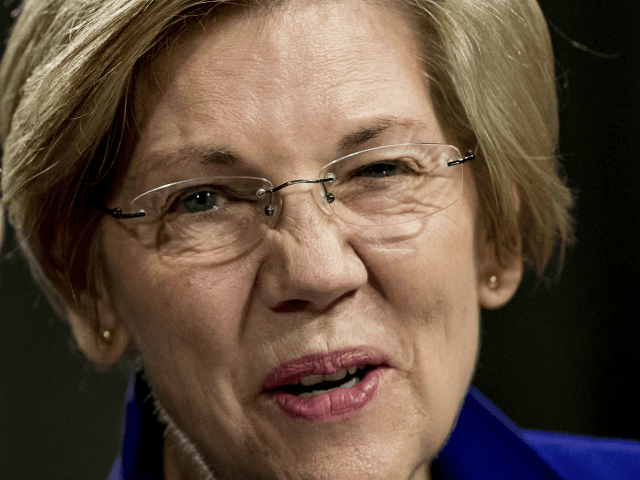 Sen. Elizabeth Warren’s (D-MA) roll-out of her DNA test has been such a train wreck that even the establishment media have been forced to reverse course and admit to it.

As hard as the media worked to cover and lie for her for over those first 24 hours, the unassailable facts have forced them to throw in the towel. The science is settled: Elizabeth Warren is a fake Indian.

Here’s a quick list of the headlines Warren is dealing with today:

CNN: “Elizabeth Warren might have actually made things worse with her DNA gambit”

Compare those headlines to the headlines Monday morning when Warren rolled out her carefully planned assault on Trump using her DNA results.

Keep in mind that part of Team Warren’s careful planning involved alerting the media beforehand. This allowed every establishment media outlet to coordinate and execute a plan that would spin this into vindication and a big victory for Warren over Trump.

Remember, our establishment is the communication arm of the Democrat Party, so all of them got the talking points ahead of time and tried diligently to stick to those talking points. That is painfully obvious in these Monday morning headlines:

Here is my favorite flip-flop…

Try to imagine Warren on Sunday night. Picture her so excited she cannot fall asleep, excited because she has planned out like the invasion of Normandy. She’s got the DNA test proving she might only be 1023/1024 white. She has a slick video that will own Drumpf. She has the establishment all lined up to do her bidding. The Boston Globe has even agreed to botch the math in her favor.

So there she is, lying in the dark grinning, rubbing her hands together, because she can see 2020 from her wigwam.

Better still, in her mind’s eye she can see President Trump on defense for days as the media pummel him as an Indian giver over his $1 million bet.

Oh, yes, at long last someone will get the best of Drumpf, and it will be me! Me, I tell you! ME! And I will leap to the top of the presidential polls, and destroy Trump in 2020n, and be the first woman president and the first Cherokee president and redistribute the wealth and, and, and…

In the immortal words of Bug Bunny: “Sheesh, what a maroon.”

Let me tell you the mistake Warren made. Oh, yes, she made quite a few, but here is the Big One –the only one that matters…

Warren believes she still lives in a world where the establishment media can set the narrative. There is no other explanation for this fiasco. She actually thought that if she lined up the Boston Globe, CNN, the New York Times, the Washington Post and the rest, that if they were on board and focused on the correct talking points, that she could pass her junk science off as proof she is not a godless liar.

Ten years ago, she probably would have gotten away with it.

New Media is just too good at what we do. And it certainly helps when we have the fact on our side, and in the case of Warren’s DNA test, the facts are not only devastating to Warren, they are fatal to her 2020 presidential aspirations.

The truth is that Warren’s DNA test — just like all the documentary evidence of the past — only proved Warren a liar, a liar with no more Native blood in her than the average white American. She might even have less. And even that is not exactly true because — get this — her DNA test did not even use American Indian samples. The samples came from Peru, Mexico, and Colombia.

Sure, back in ’08, just as the media was able to shoot down Barack Obama known associations with racists and domestic terrorists, just as they were able to wrist flick his illegal drug use, they might have been able to put this controversy to bed for Warren — to declare it old and settled news.

But it is not 2008 anymore, and if Warren is incapable of grasping that simple fact, she has no business running for president.