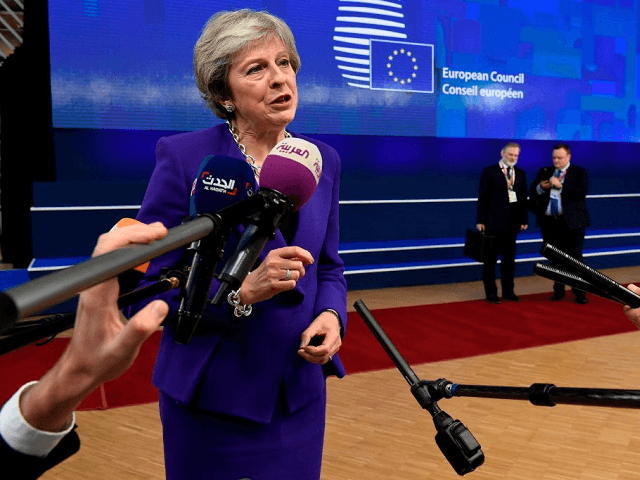 The European Union’s purposeful bullying of the United Kingdom, and attempt to serve up the independence-seeking nation as an example to other European member states that would consider going it alone, has left it becoming the kind of dictatorship it was created to prevent appearing in Europe, a New Zealand report has claimed.

Published to Stuff.co.nz, New Zealand’s largest news portal which serves as the website for a number of the nation’s best selling newspapers, the article by columnist Karl du Frense slammed the EU and drew clear allusions to previous attempts to force control on Europe by “imperious… Grand Viziers”.

EU Calls on Theresa May to Make More Concessions Ahead of Major Brexit Summit https://t.co/1uUe60atKb

He wrote: “This is not what the visionaries who founded the EU were hoping for, but it’s hardly the first time grand, idealistic projects have had unintended outcomes.”

Noting “the old-fashioned nation-state, forged by its own history, culture, language and sense of identity, is not easily erased”, du Frense said of the unpleasant direction of travel of the European project with its uncompromising treatment of Britain:

The message to other EU member countries is that they can expect similar treatment should they dare consider leaving. But the more striking message these men send to the watching world is that the protection of Fortress Europe trumps the democratic right of the British people to decide their own future.

… As the British Foreign Secretary Jeremy Hunt wryly observed recently: “The EU was set up to protect freedom. It was the Soviet Union that stopped people leaving.”

You have to wonder how many countries would have joined the EU had they realised what it would turn into – a surreal Hotel California where you could check out any time you like but never leave.

Frustration continues to grow in Britain over the Brexit process, led by Prime Minister Theresa May who has been accused of giving away a number of negotiating concessions to the European Union, without having gained any progress in return.

In a jointly-signed letter published Thursday, prominent Brexiteers including Boris Johnson, David Davis, and Jacob Rees-Mogg warned May that the deal she was working to achieve was no Brexit at all, and that if a better future for the nation is thrown away because of “EU bullying and the Government’s desperation to secure a deal”, then “the British people will not forgive us”.

The United Kingdom joining the Single Market in 1973, and then voting to remain in 1975 was a serious blow to New Zealand that felt a close tie of kinship to its parent nation and with whom it imported and exported much. Until Britain joined the EU, New Zealand enjoyed a preferential trading arrangement with it.

Abandoned by Britain, New Zealand has set its sights for exports more globally, and economically liberalised, becoming one of the most open economies in the world. Brexiteers within the United Kingdom hope leaving the European Union and emerging onto the world stage again will allow Britain to do the same.