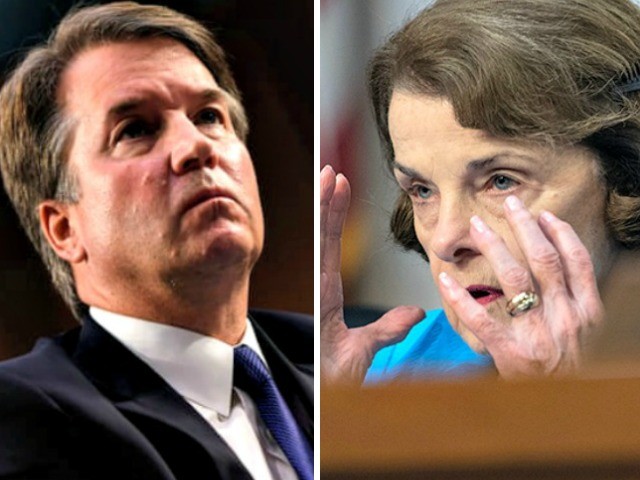 Sen. Dianne Feinstein (D-CA) said Wednesday that she would be “in favor of” reopening the investigation into sexual misconduct allegations against Supreme Court Justice Brett Kavanaugh.

“I’d be in favor of opening an investigation into the allegations,” Feinstein, who serves as the ranking minority member on the Senate Judiciary Committee, said during a Wednesday U.S. Senate debate in San Francisco against her Democrat challenger, California state Sen. Kevin de León.

De León won California’s “jungle primary system,” which allows members of the same party to face off against each other in the general election. Under the system, voters choose from any candidate, regardless of party affiliation, and the top two vote-getters advance to the general election.

He also voiced support during the debate for the reopened investigation into the Kavanaugh allegations.

Republicans and Democrats have slammed Feinstein since the Kavanaugh confirmation hearings for how the California Democrat handled the allegations from one of Kavanaugh’s accusers, California psychology professor Christine Blasey Ford.

Feinstein released the letter containing Ford’s allegations to the FBI at the last minute during the Kavanaugh confirmation hearings, even though the California senator reportedly had the letter in her possession for months.

“I have received information from an individual concerning the nomination of Brett Kavanaugh to the Supreme Court,” Feinstein said in a statement. “That individual strongly requested confidentiality, declined to come forward or press the matter further, and I have honored that decision. I have, however, referred the matter to federal investigative authorities.”

Even after the FBI conducted an expanded investigation into what the agency determined was uncorroborated allegations, Feinstein claimed the FBI report on Kavanaugh was “an incomplete investigation” limited by the White House.