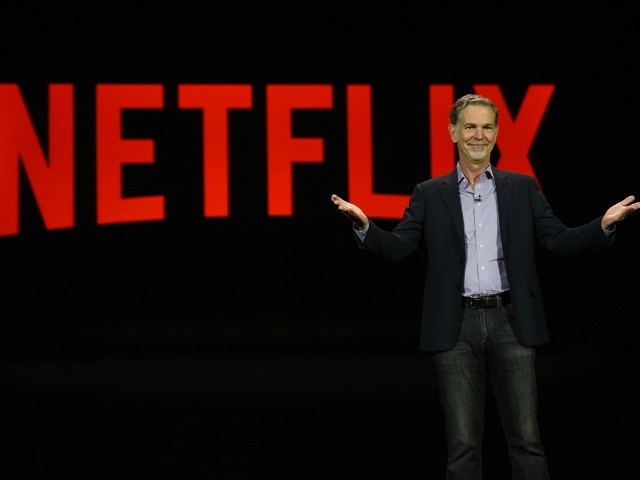 Netflix employees have donated to Democrats over Republicans in a ratio of 141 to 1, according to a report.

The report indicates that Netflix employees donated $190,592 to Democrats, while only $1,350 was donated to Republicans.

Apple also had a huge difference in donations, with employees donating $737,003 to Democrats and just $27,005 to Republicans.

“Among the 15 most valuable U.S. tech companies, 10 of which are based in the Bay Area, employees have sent $9.1 million to Democrats and $3.2 million to Republicans — a ratio of 2.8-to-1, according to CRP data,” reported CNBC. “The figures include individual donations to candidates, which max out at $2,700 per candidate, and exclude much larger contributions to political action committees and party groups.”

In March, Netflix announced a multi-year agreement with former President Barack Obama and First Lady Michelle Obama, during which the Obamas would “produce films and series for Netflix, potentially including scripted series, unscripted series, docu-series, documentaries, and features.”

Following the announcement, Obama revealed his intentions for the Netflix content to “train the next generation of leaders.”

Earlier this year, Netflix also appointed former United Nations ambassador and Obama loyalist Susan Rice to its board of directors.

“We are delighted to welcome Ambassador Rice to the Netflix board,” declared Netflix CEO Reed Hastings at the time. “For decades, she has tackled difficult, complex global issues with intelligence, integrity, and insight and we look forward to benefiting from her experience and wisdom.”

This month, it was reported that Big Tech employees had donated millions of dollars to Democratic Party candidates for the midterm elections, and in August, it was reported that over a thousand executives and employees from Big Tech companies, included Facebook CEO Mark Zuckerberg and COO Sheryl Sandberg, had contributed financially to a pro-Democrat super PAC since 2015.