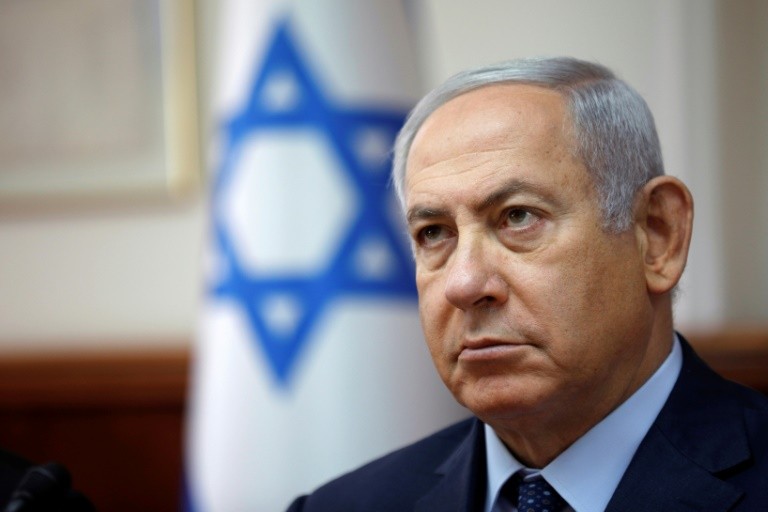 TEL AVIV – Prime Minister Benjamin Netanyahu led a minute of silence at the weekly cabinet meeting in honor of the 11 victims of the Pittsburgh anti-Semitic shooting attack, saying after that his country was mourning those who were “murdered because they were Jews.”

“It is hard to overstate the horror of a murder of Jews gathered in a synagogue on Shabbat, who were murdered just because they were Jews,” Prime Minister Benjamin Netanyahu said of the massacre carried out during Saturday morning prayers at the Tree of Life synagogue in the Pennsylvanian city.

“The entire people of Israel is mourning with the families of those murdered in the shocking massacre at the synagogue,” he added. “On behalf of myself, the government of Israel and the people of Israel, from the depth of our hearts, I send our condolences to the families who lost their loved ones. We all pray for the swift recovery of the wounded.”

Netanyahu called upon the whole world to unite in the fight against anti-Semitism everywhere.

He noted that the attack constituted “the largest anti-Semitic crime in [American] history,” but added that Europe too is experiencing “a tough struggle against the manifestations of a new anti-Semitism.”

“Of course there is also the old and familiar anti-Semitism, and that of radical Islam. On all these fronts we must stand up and fight back against this brutal fanaticism. It starts with the Jews, but never ends with the Jews,” he said.

The attacker, Robert Bowers, apparently yelled “all Jews must die” before firing.

Throughout Israel, the attack was greeted with expressions of shock and mourning.

Education Minister Naftali Bennett said that in his other capacity as Israel’s Minister for Diaspora Affairs he would depart immediately to Pittsburg “to be with our sisters and brothers on their darkest hour.”

“When Jews are murdered in Pittsburgh, the people of Israel feel the pain. Our hearts are with our brothers and sisters and with the entire American people,” he added.

Chief Rabbi Yitzhak Yosef said he was “horrified to hear of the murder of innocent Jews in Pittsburgh, Pennsylvania, simply for being Jews by a despicable murderer steeped in anti-Semitic hate. My heart is with the bereaved families and all our Jewish brethren who reside in the United States. Sadly, anti-Semitism is again rearing its head of late in the United States.”

Haifa’s Rambam Medical Center, one of the largest hospitals in Israel, lowered the flags at its facilities to half staff for a week, the Times of Israel reported. The hospital’s director, Prof. Rafi Beyar, who is visiting Pennsylvania this week, described the attack as “a horrible anti-Semitic act, senseless and soaked in hate, directed at hurting Jews and all lovers of humanity.”

Holocaust Memorial Yad Vashem released a statement condemning the attack, saying that in “our post-Holocaust global society, there is no room for antisemitism, racism or xenophobia.”

“We are particularly sensitive to the toxic dangers of antisemitism, in its many forms and contexts, and to its destructive implications — not only for Jews, but for all of civilized society,” Yad Vashem Chairman Avner Shalev said.