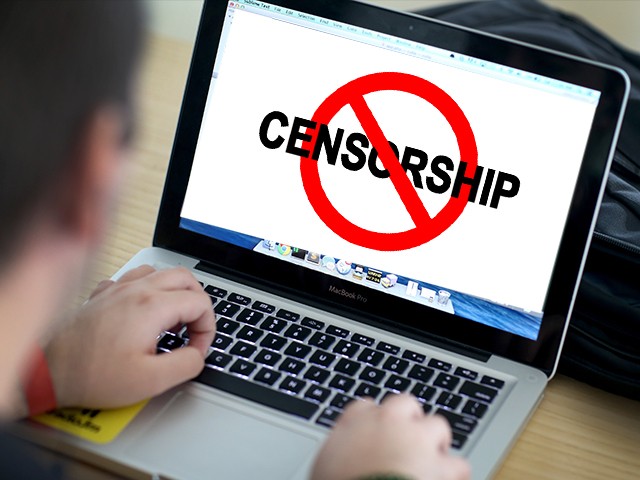 Free speech social network Gab was blacklisted by its web host, Joyent, and by Big Tech payment processors PayPal and Stripe, Saturday, prompting the social network to announce the possibility of it going offline for several weeks.

“Breaking: @joyent, Gab’s new hosting provider, has just pulled our hosting service. They have given us until 9am on Monday to find a solution,” announced Gab on Saturday. “Gab will likely be down for weeks because of this. Working on solutions. We will never give up on defending free speech for all people.” The email from Joyent posted by Gab alleges “a breach of the Joyent Terms of Service.”

Breaking: @joyent, Gab’s new hosting provider, has just pulled our hosting service. They have given us until 9am on Monday to find a solution. Gab will likely be down for weeks because of this. Working on solutions. We will never give up on defending free speech for all people. pic.twitter.com/YvnBOFoQQn

“We will continue to fight for free expression and individual liberty online for all people. Big tech cannot stop us. The mainstream media can not stop us,” the social network continued. “The People will defend freedom against tyranny as they always have and always will.”

Gab CEO told Breitbart News that he is in active negotiations with several new hosting providers that are “unequivocally devoted to supporting free speech.” He added, “Our goal is to have zero downtime, but due to the absolutely unreasonable nature of Joyent’s deadline to find a new host, Gab may experience downtime ranging from several days to several weeks as we finalize a new hosting agreement.”

Gab was also blacklisted by payment processing services PayPal and Stripe — both of which have banned prominent conservatives and libertarians from using their services before.

Today https://t.co/J3Rfto6fi3 spent all day working with law enforcement to ensure that justice is served.

For this, we have been no-platformed from:@stripe@paypal@joyent

In a matter of hours. This is direct collusion between big tech giants. @realDonaldTrump ACT!

The social network, which prides itself on supporting user free speech and only cracks down on illegal content, was targeted after Pittsburgh Synagogue shooting suspect Robert Bowers allegedly made several anti-Semitic posts on the platform — despite the fact that Gab disavowed Bowers and worked with law enforcement.

After PayPal and Stripe banned Gab from using their services, several users online pointed out that they still associate with Twitter, despite Twitter allowing anti-Semitic posts from Nation of Islam leader Louis Farrakhan — including one post which compared Jews to “termites,” which Twitter refused to remove this month.

Louis Farrakhan has tweeted THE EXACT SAME rhetoric the Pittsburgh shooter had in their GAB profile. pic.twitter.com/kaqkc2WNCA

Though most media outlets and figures, including #NeverTrump Republican Rick Wilson, celebrated Gab’s blacklisting and the possibility that it might be down for several weeks, several notable figures criticized the blaming of Gab.

I stand with my brothers at @getongab they have offered a social media service that allows free speech. Free speech was used and now we know what this monster said, thought and are now able to use those posts against him. When you censor people you force them underground.

“But why single out Gab? Why not the other web services the person used? A lot of evil people use the Internet, we all do. They post their maniacal thoughts everywhere, not just on one part of the web,” questioned game designer Mark Kern. “Whether or not you agree with deplatforming Gab, it is a concern that this was not a government action, represented by our elected officials, but a pure, corporate power play. A play that was uniquely one-sided in view and, dare I say it, helmed by competitive firms.”

Gab faced similar issues in 2017, when both Apple and Google blacklisted the platform’s mobile app from their stores, preventing the vast majority of users from being able to utilize the apps.