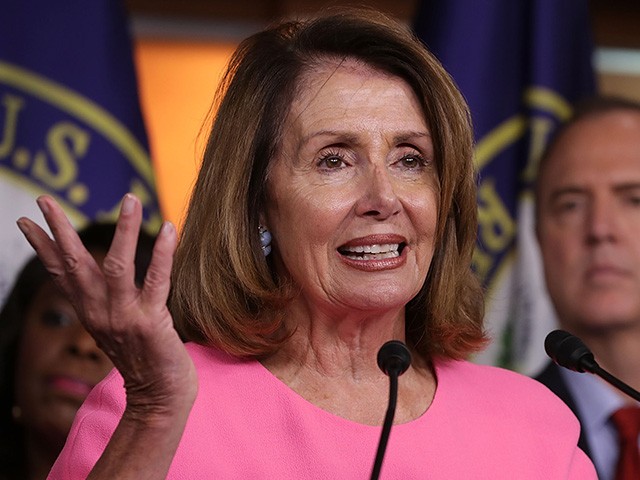 In an email sent Thursday, as the hearing was still ongoing, the Democratic Congressional Campaign Committee (DCCC) blasted out a mass e-mail in Pelosi’s name (original emphasis):

It’s been one of the most taxing days of my life.

I am watching Trump and McConnell ram through Brett Kavanaugh to a lifetime on the Supreme Court.

I am watching every single Republican support them.

And I am vowing to myself today: I will do everything possible to defeat them.

Mark my words: We can — and WILL — punish these despicable Republicans and win a Democratic Congress that’ll render them powerless.

I need a massive surge of support before Sunday’s final End of Quarter Deadline to show the power of grassroots Democrats. I need 26,841 principled Democrats with me. It’s such an important moment, I’m personally quadruple-matching all gifts.

Pelosi is hoping to take over as Speaker of the House — again — if Democrats win the midterm elections in November. The party is hoping to use Ford’s accusations to turn female voters out in November.

The House has no role in the selection of judges, to the Supreme Court or at any other level, though Pelosi weighed in Thursday, attacking Republicans for using a female prosecutor to question Ford. Pelosi called prosector Rachel Mitchell a “hired woman.”

Also on Thursday, the campaign of Sen. Mazie Hirono (D-HI), who sits on the Senate Judiciary Committee, apologized for fundraising while Ford was testifying.