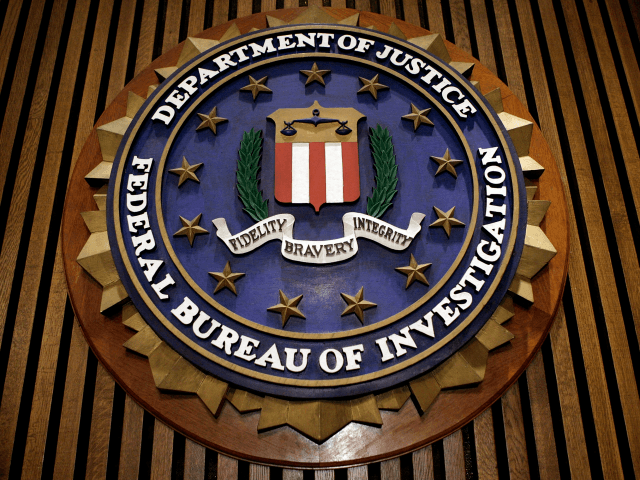 Democrats tried to destroy Judge Brett Kavanaugh’s credibility on Thursday, and block his confirmation to the U.S. Supreme Court, by questioning why he would not join them in demanding that the Federal Bureau or Investigation (FBI) conduct a supposedly “nonpartisan” and “independent” inquiry into Christine Blasey Ford’s recent claim that he groped her in high school, over 35 years ago.

It was the one effective point of attack — and the one question on which Kavanaugh looked somewhat weak. He said in his stirring opening statement — which will enter the history books as one of the great moments in American oratory — that he welcomed an FBI investigation.

Yet Democrats ignored that and pressed forward as if he had never said that. The execrable Sen Dick Durbin (D-IL) demanded, finger wagging and all, that Kavanaugh tell White House Counsel Don McGahn to stop the confirmation process — as if the president controls the Senate, and the judge controls the president — until the FBI could investigate.

Kavanaugh was repeatedly forced to defend the Senate Judiciary Committee’s decision as if it were his own. It fell to Sen. Lindsey Graham (R-SC) to point out, in his equally memorable speech, that committee Democrats could have approached Republicans to demand an FBI investigation when they first learned about Dr. Ford’s claims in July, but instead chose to hold them in reserve and leak them later, damaging both the accuser and the accused.

Still, why not now? Kavanaugh tried to explain that the FBI would not, and could not, tell the committee more than it already knew. He noted that every possible witness had already submitted statements under oath, all contradicting Dr. Ford’s claims; that the FBI does not reach conclusions or make recommendations when it investigates judicial nominees; and that the ten days’ delay between his request for a hearing to clear his name — a delay partly caused, he might have added, by Dr. Ford’s lawyers misleading the committee about her fear of flying — had been worse than hell for him and his family.

Committee chair Sen. Chuck Grassley (R-IA) also quoted then-Sen. Joe Biden (D-DE) — twice — telling the committee during the Clarence Thomas hearings in 1991 that the FBI’s assessment was worthless as a determination of the facts and that it was up to the committee to arrive at its own conclusions.

Yet Dr. Ford’s refusal to join Democrats in calling for another investigation made it look, at least to those inclined to disbelieve him, as though he had something to hide. And he did — though it was nothing to be ashamed of: Kavanaugh was “hiding” the fact that he wants the job.

He also knows full well that every hour of delay reduces his chances of success, because the Michael Avenattis of the world have instant access to cable news studios; because if Democrats can push a vote off until after the midterm elections, they may delay it indefinitely; and because the moderate Republicans in whose hands his fate rests are generally too cowardly to stand up to sustained pressure.

Perhaps Kavanaugh also suspects that no investigation will be enough for Democrats who think fart jokes in high school yearbooks are relevant to determining his credibility. (They did not ask Dr. Ford about her yearbooks.)

But there is something even more absurd about involving the FBI at this stage of the confirmation process, and it was not mentioned by anyone in the hearing room on Thursday. Namely: the idea that the FBI could be considered “non-partisan” or “independent” is a joke after all we have learned about its role in the 2016 presidential election.

Yes, some of the bad apples are gone. But it is far too soon for Americans to feel comfortable about the agency’s integrity. Any conclusion — even one that supported Kavanaugh — would instantly be seen as a result of partisan bias. That is why FBI Director Christopher Wray has wisely sought to keep his agency out of this particular fight.

Moreover, while the FBI does provide information on judicial candidates to the White House and Senate, asking it to intervene at this late stage is the same as asking it to determine the outcome. That violates the separation of powers by outsourcing the Senate’s constitutional responsibility to the executive branch and law enforcement.

More than two years ago, the FBI threw an election, and the country, into turmoil. After all we have been through, the fact that Democrats still want the FBI to make major political decisions is beyond absurd. It is frightening.