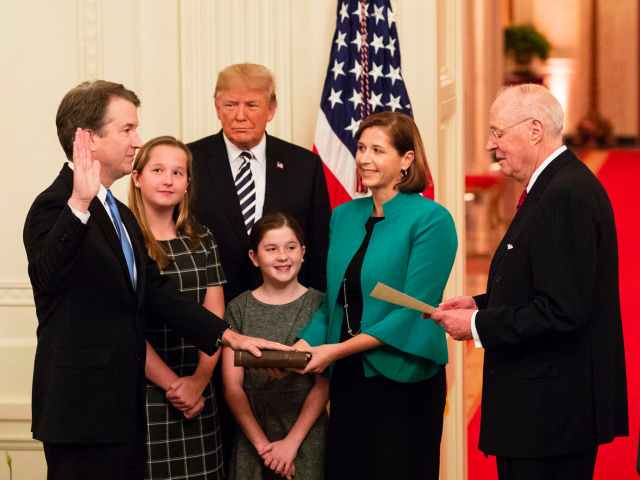 A Minnesota teacher has resigned from her position after allegedly making a Twitter post encouraging someone to kill Supreme Court Justice Brett Kavanaugh.

“So whose [sic] gonna take one for the team and kill Kavanaugh?” the unnamed teacher allegedly posted following Kavanaugh’s confirmation to the Supreme Court.

The teacher was originally placed on paid leave pending an investigation by Rosemount, Minnesota’s Independent School District 917 into her post, but has since reportedly resigned.

“On Sunday, October 7, 2018, the district began receiving complaints regarding an employee,” explained Independent School District 917 Superintendent Mark A. Zuzek. “The actions of the employee did not occur at school, and there were no school devices, equipment, or other school staff involved in the actions. At no time were students or staff in danger. The employee was placed on paid administrative leave and an investigation conducted.”

Last month, before Kavanaugh’s confirmation to the Supreme Court, it was reported that “#KillKavanaugh” had become a top Twitter search suggestion.

“Typing ‘kill’ into Twitter’s search function currently returns a shocking result at the top of its search suggestions: ‘#KillKavanaugh.’ It’s also currently the third autocompleted suggestion in searches for ‘ki’ and the fourth suggestion in searches for ‘k’ as of this writing,” reported Breitbart Tech Senior Reporter Allum Bokhari. “That’s right — by typing a single letter into search, Twitter is suggesting that its users might be interested in a hashtag about the murder of a federal judge and SCOTUS nominee.”

At the time, Twitter did not respond to an email from Breitbart News about the search suggestion.

In September, actress Rosie O’Donnell claimed voting for Kavanaugh was a “vote to kill women,” and Sen. Kirsten Gillibrand (D-NY) claimed “women will die” if Kavanaugh was confirmed.

Sen. Dianne Feinstein (D-CA) also suggested more people would die in school shootings should Kavanaugh be confirmed, while an open letter from members of the Yale Law community declared, “People will die if he is confirmed.”