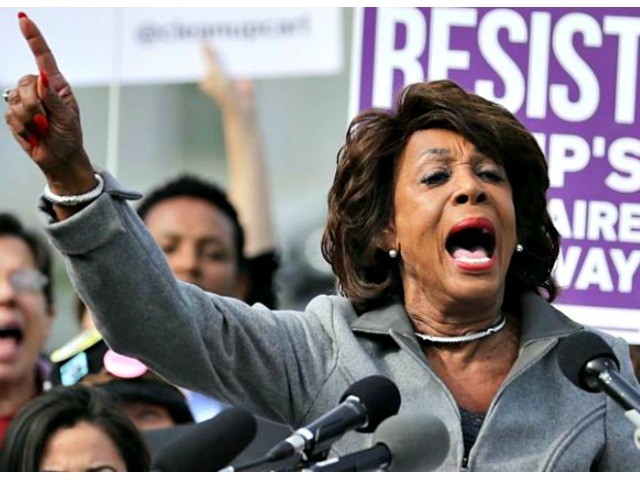 The idea that it is a good thing to confront, intimidate, and even rough up people with whom you disagree to advance a political agenda dates back to community organizer and former President Barack Obama but is reaching new levels of hostility since the election of President Donald Trump.

“I want you to argue with them and get in their face,” Obama said.

Fast forward to 2018 when lawmakers and activists are encouraging confrontations with members of Congress who disagree with them or support Trump.

The latest rant took place on Saturday ahead of the confirmation vote on Supreme Court Justice Brett Kavanaugh when protesters gathered on the steps of the high court, including Jennifer Epps-Addison, network president and co-executive director at the leftist Center for Popular Democracy.

“Make your voice heard,” Epps-Addison said. “Do not be calm. Do not be silenced. Do not be patient.”

In June, Waters told her supporters at a rally in Los Angeles to “push back.”

”Let’s make sure we show up wherever we have to show up,” Waters said. “And if you see anybody from that Cabinet in a restaurant, in a department store, at a gasoline station, you get out and you create a crowd.”

“And you push back on them,” Water said. “And you tell them they’re not welcome anymore, anywhere.”

Booker gave similar advice in July at the National Conference on Ending Homelessness.

“Please don’t just come here today and then go home,” Booker said. ”Go to the Hill today. Get up and, please, get up in the face of some congresspeople.”

Sen. Rand Paul’s (R-KY) wife, Kelley, recently wrote an open letter to Booker expressing her anguish over the harm done to her husband after a neighbor attacked him. She shared other “horrifying” threats the family has faced and called on Booker to condemn the ongoing threats and violence.

Watch – Rand Paul’s Wife: I Sleep with a Loaded Gun Thanks to Leftists’ Threats

And in June, White House press secretary Sarah Sanders and her guests were thrown out of a restaurant in rural Virginia after the owner refused to serve them because of Sanders’ service in the Trump administration.