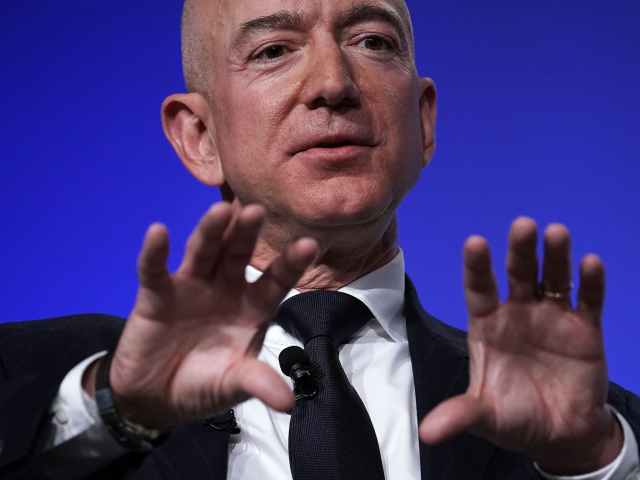 Grocery store chain Kroger has reportedly partnered with Microsoft in what the Verge describes as an attempt to “fight off Amazon,” which purchased the Whole Foods chain in 2017.

“By using Microsoft Azure to store and process the data generated in stores, near the smart shelves and on Kroger’s app, the digital stores will introduce never-before-seen shopping experiences, including the latest generation of EDGE™ Shelf (Enhanced Display for Grocery Environment), a shelving system that uses digital displays, instead of traditional paper tags, to indicate everything from prices and promotions to nutritional and dietary information,” Microsoft explained. “Using Microsoft Azure AI, EDGE Shelf will connect with Kroger’s Scan, Bag, Go®, creating a unique guided shopping experience for customers.”

In a statement, Kroger CEO Rodney McMullen declared, “Kroger is building a seamless ecosystem driven by data and technology to provide our customers with personalized food inspiration. We are identifying partners through Restock Kroger who will help us reinvent the customer experience and create new profit streams that will also accelerate our core business growth. We are excited to collaborate with Microsoft to redefine grocery retail.”

Microsoft CEO Satya Nadella added, “Our partnership brings together Kroger’s world-class expertise in the grocery industry with the power of Azure and Azure AI. Together, we will redefine the shopping experience for millions of customers at both Kroger and other retailers around the world, setting a new standard for innovation in the industry.”

Last year, Microsoft also announced a partnership with Walmart, and on Tuesday, the Verge claimed grocery store partnerships with the Big Tech company were an attempt to “fight off Amazon.”

“America’s retail incumbents are wary of the growing threat Amazon poses to their businesses, both via its Whole Foods acquisition and the 3,000 Amazon Go stores it’s reportedly planning to launch across the US, and hope that Microsoft’s Azure cloud infrastructure and AI will help them better compete with Amazon’s data-driven approach,” the Verge reported. “Kroger’s prototype stores aren’t nearly as advanced as the cashierless Amazon Go experience, but they’re a lot more hi-tech than the company’s other 2,800 retail food stores.”