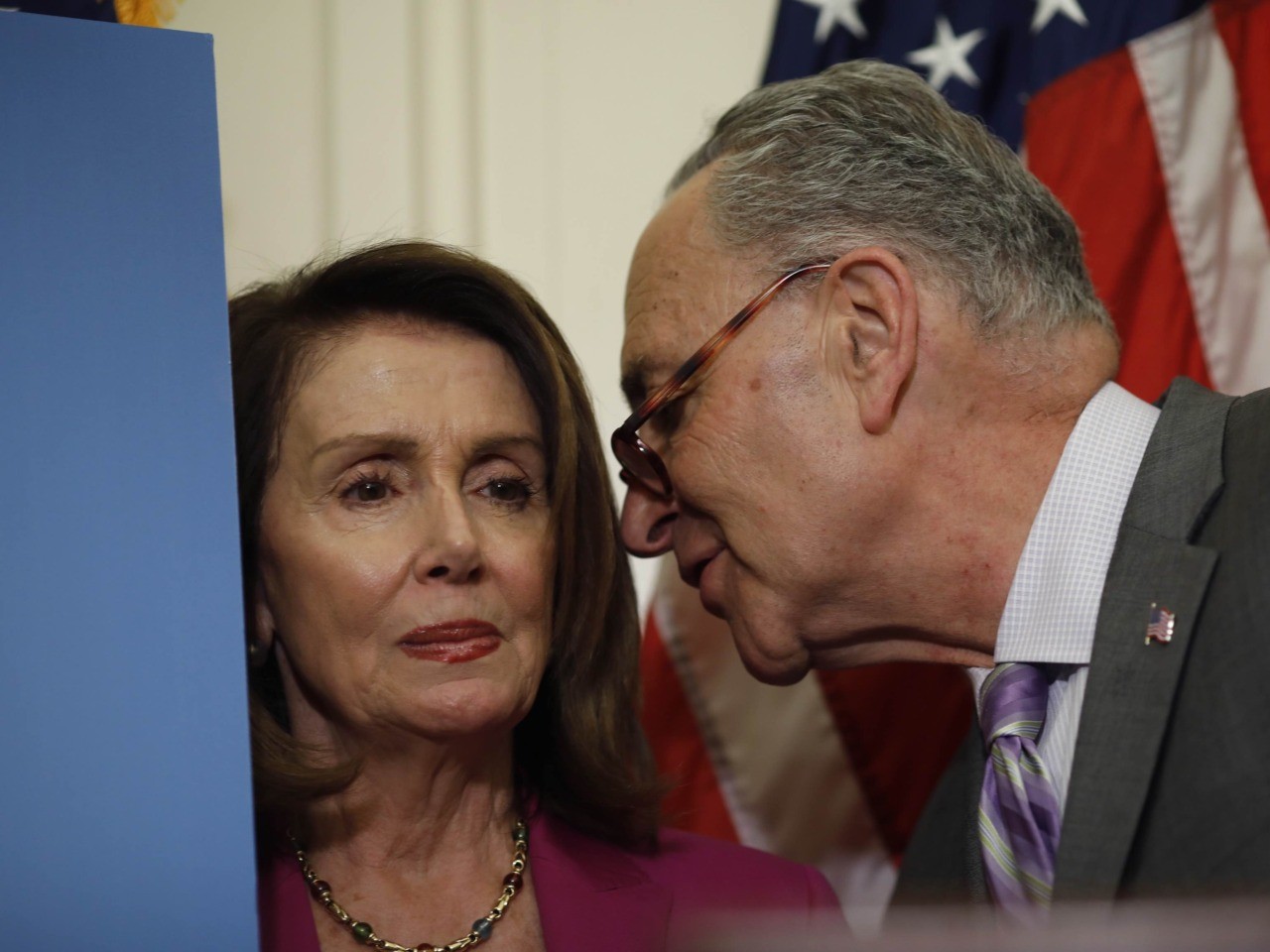 Democrats have already dropped hints of what their response to President Donald Trump’s address Tuesday evening from the Oval Office on the border crisis will be.

The networks have granted Speaker of the House Nancy Pelosi (D-CA) and Senate Minority Leader Chuck Schumer (D-NY) airtime to respond. Their message will be that there is no crisis that merits building a barrier on the border. The only crisis, to them, is the partial government shutdown.

As Sen. Patrick Leahy (D-VT) said last week, responding to the suggestion Trump may declare an emergency so he can order the military to build the barrier: “There is no national emergency on the southern border.” He described the idea as “stealing resources from the Defense Department.”

The real solution to what he called the “complex issues at our southern border” — which are not an emergency, mind you — is “comprehensive immigration reform.”

The idea that there is no crisis at the border will be a tough sell, especially as Democrats and the media described the situation as a crisis last summer, when the Trump administration started enforcing its “zero tolerance” policy toward illegal crossings that resulted — thanks to existing rules dating to the Obama administration — in children being separated from adults. Pelosi even questioned “why there aren’t uprisings all over the country” about it.

To Democrats, the only “crisis” — aside from the government being partially closed for two weeks — results from the enforcement of existing laws at the border. To resolve that “crisis,” they want to pass more laws — which, they insist, include provisions for “border security,” though they do not want to enforce the laws already on the books.

Here are some other arguments Democrats will likely use, based on their statements over the past several days.

1. Trump is a liar. “I expect the president to lie to the American people,” said Rep. Jerrold Nadler (D-NY), the new chair of the House Judiciary Committee, during a visit to the border yesterday. (Nadler added: “There’s no security crisis at the border.”) Nadler echoed the CNN line, which is that the president’s speeches should not enjoy live coverage because he might say inaccurate things — a problem journalists never had with President Barack Obama.

2. Border walls and fences do not work. This is another weak argument, since many House and Senate Democrats — including Schumer — voted for the Secure Fence Act of 2006. Other variants of this argument is that a wall would be “immoral” (Pelosi) and “racist” (Rep. Alexandria Ocasio-Cortez (D-NY)). However, given examples of walls or fences to stop migrants in the European Union, Israel, and even Botswana, these arguments are also easily defeated.

3. Trump’s $5 billion proposal is wasteful. This is a tough argument to sustain after Democrats’ own proposals to end the partial shutdown and re-open the government. Democrats want “over $12 billion more in foreign aid than the Trump administration requested,” according to Breitbart News’ Rebecca Mansour. Democrats also asked for a combined $10 billion in extra funding for the United Nations and other supposed priorities. $5 billion is nothing.

4. Mexico should be paying for it. Democrats have been taking potshots at the president for months by reminding him of his refrain from the campaign trail in 2016. Trump has argued that Mexico is paying for the wall through its concessions on trade. But the U.S. could also tax remittances Mexican workers in the U.S. send home, or raise fees for crossing the border. There are many ways to collect in future, if needed; what the wall needs is a down payment.

5. Government shutdowns are wrong. This used to be a winning argument for Democrats — until they shut down the government themselves last year in an effort to force President Trump and the Republicans to legalize the so-called “Dreamers,” i.e. illegal aliens brought to the country as minors. The contrast also works in favor of Trump: Democrats shut down the government to protect illegal aliens, while the president is doing so to protect Americans.

The fact is that the Democrats’ best and only case against the border wall is that Trump proposed it. They know if he fails to deliver on his core campaign promise, he will lose his voter base. And they know if he buckles and re-opens the government without the funding he wants, they can walk all over him for the next two years.

What they may not realize is those reasons also make him stronger: he cannot compromise, therefore he has the advantage.