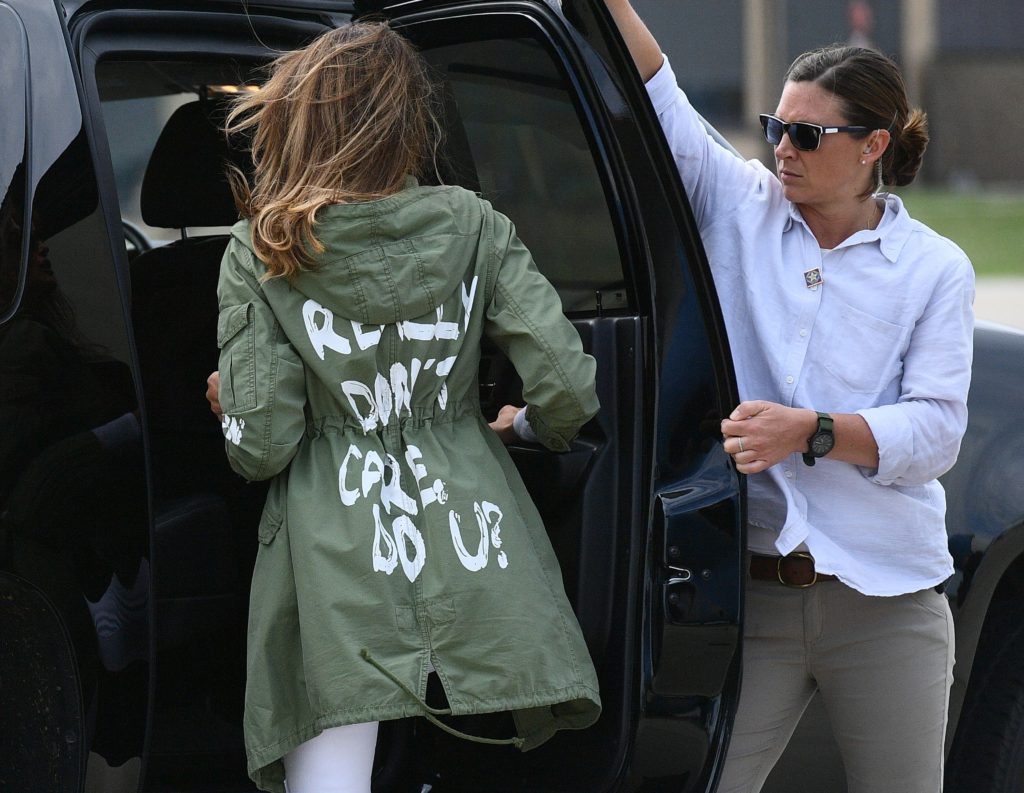 First lady Melania Trump revealed during an ABC interview aired Friday night that the jacket she wore getting on and off a plane to visit the border was a jab at left-wing media and critics.

“I often asking myself if I would not wear that jacket if I would have so much media coverage,” Trump told Chief National Affairs Correspondent Tom Llamas in the interview conducted during her recent trip to Africa.

The jacket in question was one she wore only to walk off a plane and again to board the plane that transported her to and from the border for a visit. During the visit with Border Patrol, parents and children detained at the border, and detainment facility workers, she was not wearing the jacket. The jacket read, “I really don’t care, do u?” Media critics lashed out her for the wardrobe choice, attempting to claim it related to not caring about the families.

Melania Trump tells @TomLlamasABC she wore the ‘I really don’t care’ jacket “for the people and for the left-wing media who are criticizing me. And I want to show them that I don’t care.” #MelaniaTrump https://t.co/EqEyfZkJvZ pic.twitter.com/2EWeCKB0de

He probed into why she chose to wear the jacket on the border trip.

“It’s obvious I didn’t wear it for the children,” she made clear. “I wore the jacket to go on the plane and off the plane and it was for the people and for the left-wing media who are criticizing me and I want to show them that I don’t care. You can criticize whatever you want to say but it will not stop me to do what I feel is right.”

He pressed as to whether she was sending a message with the jacket.

“It was a kind of a message, yes,” she confirmed.

President Donald Trump tweeted shortly after she wore it that the jacket “refers to the Fake News Media. Melania has learned how dishonest they are, and she truly no longer cares!”

He asked what compelled her to wear that jacket at that time.

“After the visit I put it back on because I see how media got upset about, obsessed about it,” she explained. “And I said, like, you know what, that’s what I’m talking about.”

She went on to say what she would later echo, at the close of her Africa BE BEST tour, “I would prefer that they would focus on what I do and on my initiatives than what I wear.”