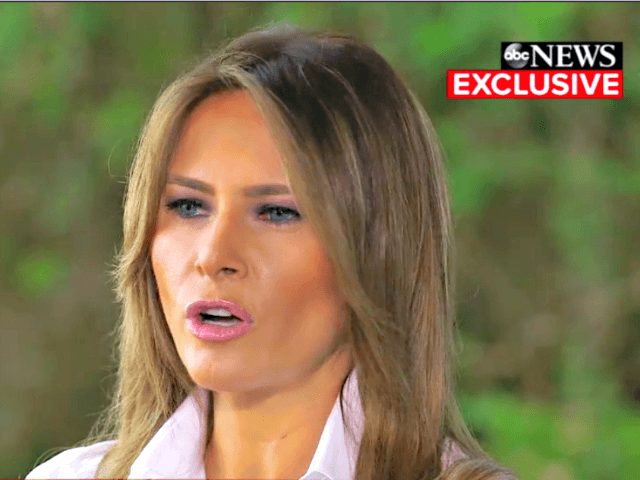 First lady Melania Trump told ABC news viewers in an interview aired Friday night that she loves living in Washington and the White House, and her husband is doing an incredible job as president.

Mrs. Trump was asked if she is looking forward to possibly six more years in the White House if husband President Donald Trump runs for re-election.

“I believe that my husband is doing an incredible job for this nation and I want that American people have success, so whatever he will decide I will support him,” she said told ABC News Chief National Affairs Correspondent Tom Llamas in an interview conducted during her recent trip to Africa.

Llamas pushed on whether she is looking forward to the possibility.

“I am enjoying it. I really love to live in the Washington and the White House,” she said.

The interviewer later pressed into her marriage with the president. He asked whether she loves her husband. “Yes we are fine, yes…What media speculate and it’s gossip. It’s not always correct stuff,” she assured.

He then asked what advice Mrs. Trump would give herself on January 20, 2017 – knowing what she knows now.

“Listen yourself the way you always listen yourself,” she replied. “I always ask myself what is my priority, what I want to do, what is good for our child and for me and my husband and I took those steps.”