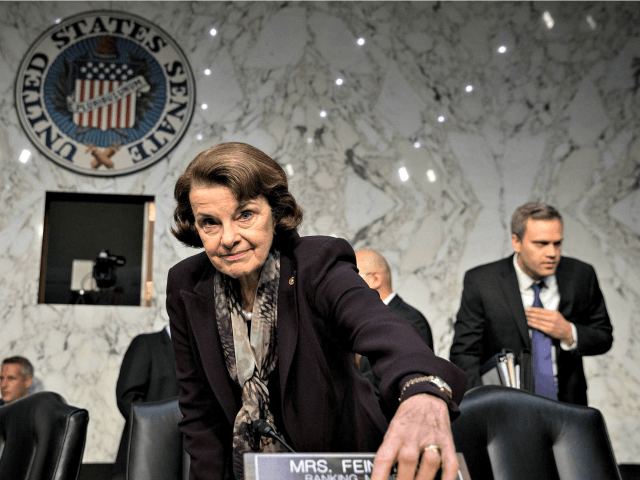 After countless hours of hearings, a number of in-depth background checks, thousands of questions asked and answered, and numerous one-on-one meetings with senators of both parties, at the very last second Feinstein dramatically released a letter (she has reportedly had in her possession for months) to the FBI.

“I have received information from an individual concerning the nomination of Brett Kavanaugh to the Supreme Court,” she said in a statement. “That individual strongly requested confidentiality, declined to come forward or press the matter further, and I have honored that decision. I have, however, referred the matter to federal investigative authorities.”

According to the far-left Washington Post, however, the FBI is not interested and will not be investigating the matter. The Post, however, was happy to add this: “The information came in a letter that describes an alleged episode of sexual misconduct involving the 53-year-old Kavanaugh when he was in high school, according to a person familiar with the matter.”

The “matter,” according to the Guardian, involves an alleged event that happened when Kavanaugh was still in high school. He stands accused of some mischief involving he and a friend locking a female student in a room. She found a way out. If this happened, Kavanaugh, who is now 53, was 17 years old at the time.

And in that particular story, we have a prime example of what NBC News called “journalism.”

Two sources told NBC News the allegation was sexual in nature, but both said the letter writer was not specific in describing Kavanaugh’s alleged behavior. One source told NBC News the conduct described could allege sexual assault, but said it could also be a lesser allegation — and added the individual making the allegation would have to be more specific with law enforcement officials for any investigation to be able to move forward. [emphasis added]

To the surprise of no one, the far-left ThinkProgress covered this in the exact same hysterical way NBC News did.

The ThinkProgress headline and sub headline reads: “Brett Kavanaugh has a mysterious #MeToo problem” — “And ‘federal investigative authorities’ are involved.”

Here is how the ThinkProgress story opens:

Supreme Court nominee Brett Kavanaugh may have committed a very serious crime — possibly even a sex crime. Or maybe he didn’t. [emphasis added]

You can go ahead and laugh at ThinkProgress over the “Or maybe he didn’t,” but they are just aping the “professional journalists” over at NBC News. One way the far-left outlet did take the mud-slinging further, however, was by illustrating their piece with a photo of Kavanaugh standing over a young girl with his hands on her shoulders. They were shamed into changing the picture after publication.

According to the Intercept, the woman who is the subject of Feinstein’s secret letter “is now being represented by Debra Katz, a whistleblower attorney who works with #MeToo survivors. Joseph Abboud, an attorney at Katz’s firm, said that the firm was declining to comment.”

Oh, and the far-left New York Times was no better:

Two officials familiar with the matter say the incident involved possible sexual misconduct between Judge Kavanaugh and a woman when they were both in high school. They spoke anonymously because they were not authorized to discuss the matter.

How lucky are Democrats that they can use the establishment media to spread unfounded smears on their behalf?

Feinstein releases a vague statement about a vague incident she refers — strictly for dramatic purposes — to the FBI. Then the Democrat leakers run to their confederates in the elite media to whisper about “sexual misconduct” and “MeToo,” and the smear machines that are NBC News and the New York Times give the Democrats exactly what they want.

Meanwhile, a decent man is tarred for life.

And over what? Even if it is true — if Kavanaugh, nearly 40 years ago, committed the worst sin of his life, this is still the biggest nothingburger ever.

But that is not the point.

The goal was manipulating a willing media into publishing “sexual misconduct” headlines, which of course they did.

Democrats sure got it good.