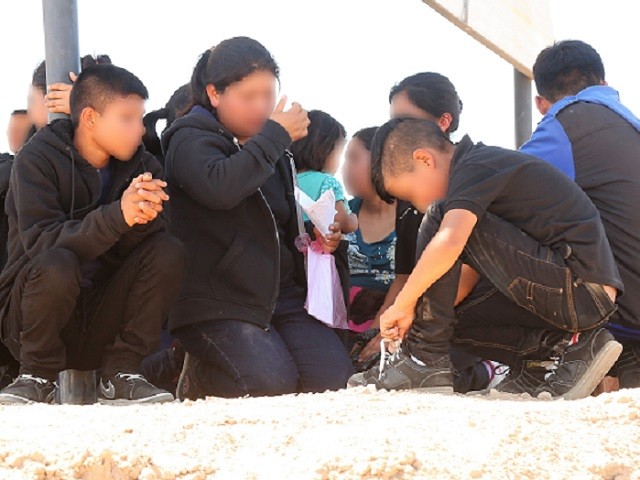 Yuma Sector Border Patrol agents arrested nearly 200 migrants, including families and unaccompanied minors, during a 33-hour period after they illegally crossed from Mexico.  The sector has witnessed an increase of more than 100 percent of migrants attempting to make the dangerous trek across the Arizona desert.

Between noon on Tuesday and 9 a.m. Wednesday morning, Yuma Station agents arrested 23 groups of illegal immigrants after they crossed the border from Mexico. The 23 groups came to the U.S. from seven countries and included Family Unit Aliens (FMUA) and Unaccompanied Alien Children (UAC), according to Yuma Sector Border Patrol officials.

Despite the dangerous conditions of attempting to enter the U.S. through the Arizona desert, the Yuma Sector reports a more than 100 percent increase in FMUA and UAC apprehensions. Family unit apprehensions jumped from 5,429 in FY2017 year-to-date numbers to 12,367 in FY2018 — an increase of 128 percent, according to the August Southwest Border Migration Report. Similarly, the apprehension of UACs jumped from 2,534 in FY2017 to 5,060 in FY2018 year-to-date numbers — an increase of 100 percent.