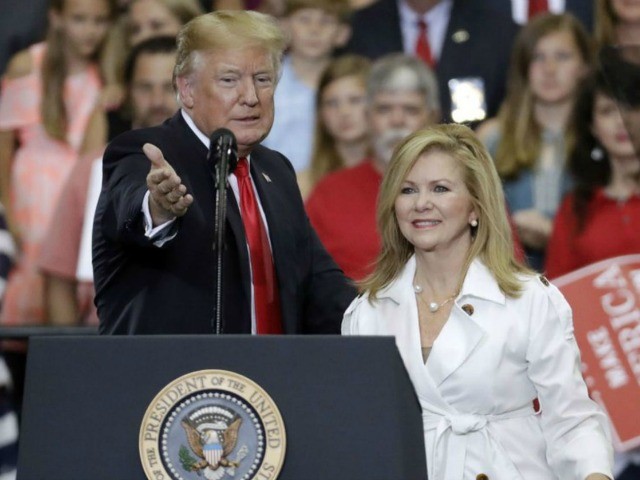 President Donald Trump will campaign for Republican Tennessee Senate candidate Rep. Marsha Blackburn (R-TN) on Monday evening to boost her chances in what is turning out to be one of the must-win races for Republicans in the fall.

Trump will hold rallies in Mississippi, Minnesota, and Kansas later in the week.

7 PM: As expected, another huge crowd awaits Trump in Tennessee.

President Trump has landed in East Tennessee. He’ll soon be greeted by thousands of supporters inside the Freedom Hall in Johnson City. pic.twitter.com/VVNyL9QSG9

5.5 hours before President Trump is set to speak in Johnson City, the line to get in the auditorium is thousands of people long. Doors haven’t opened yet pic.twitter.com/38ZodXUWxg

Unfortunately, Manu Ginobiliiiiiiiiiiii not at rally to take care of the bat:

The bat flew at my face. USSS and local police working to contain the bat now. pic.twitter.com/XluNCfQEgw