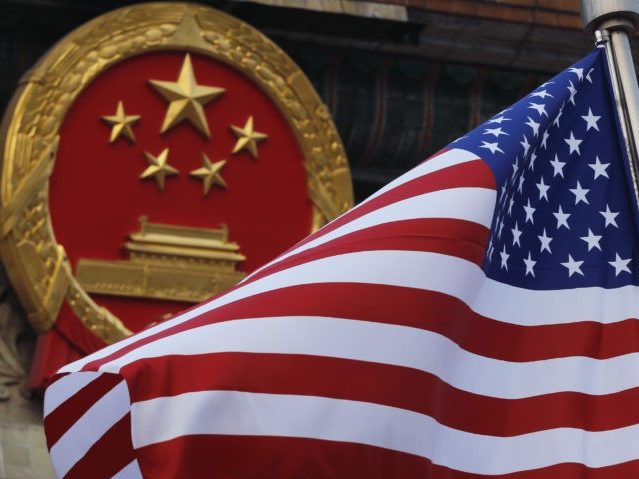 The U.S. Ambassador to China and former Governor of Iowa Terry Branstad accused Beijing of using American press to spread propaganda after they placed an ad in Iowa’s Des Moines Register urging the U.S. to end the ongoing trade war between the two countries.

Branstad responded to the ad in his own column in the Register published Sunday.

A week ago, the Des Moines Register published a four-page insert paid for by state-run media company The China Daily explaining the benefits for Iowans of America ending its current trade war. The ad argued that China has been forced to place retaliatory tariffs on corn and soy that would only damage the local economy.

“In disseminating its propaganda, China’s government is availing itself of America’s cherished tradition of free speech and a free press by placing a paid advertisement in the Des Moines Register,” Branstad wrote.

“In contrast, at the newsstand down the street here in Beijing, you will find limited dissenting voices and will not see any true reflection of the disparate opinions that the Chinese people may have on China’s troubling economic trajectory, given that media is under the firm thumb of the Chinese Communist Party,” he continued.

Branstad went on to defend the Trump administration’s efforts to negotiate a fairer trade deal with China.

“The administration implemented tariffs to obtain elimination of China’s unfair policies and begin to level the playing field between American companies and their Chinese competitors,” Branstad wrote.

“Unfortunately, China has responded to such action by taking further steps to harm American workers, farmers, and businesses through retaliatory actions — and is now doubling down on that bullying by running propaganda ads in our own free press,” he added.

Branstad’s criticism came days after President Donald Trump publicly criticized China for placing the “propaganda ads,” saying they had been “made to look like news.”

China is actually placing propaganda ads in the Des Moines Register and other papers, made to look like news. That’s because we are beating them on Trade, opening markets, and the farmers will make a fortune when this is over! pic.twitter.com/ppdvTX7oz1

During his speech to the United Nations Security Council last week, Trump accused China of trying to interfere in the November midterm elections to avoid further challenges on trade. A senior administration official later maintained that China was actively trying to levy tariffs on states that voted for Trump in an attempt to diminish his support, a claim that Beijing strenuously denied.

“Regrettably, we found that China has been attempting to interfere in our upcoming 2018 election,” Trump said during a United Nations Security Council meeting in New York. “They do not want me or us to win because I am the first president ever to challenge China on trade.”

Last week, China also caused anger in Washington by announcing that they work alongside Russia and the European Union to undermine sanctions against Iran after Trump pulled the U.S. out of Barack Obama’s nuclear agreement. Measures would include sanctions against European companies who stop doing business with Tehran to keep in line with Washington’s policy.

“To continue to create mechanisms to fund the world’s largest state sponsor of terror is disastrous policy and I hope they will reconsider it,” Secretary of State Mike Pompeo said of the move. “These sanctions will be effective, they are effective, and come November 4 they will be even more effective.”