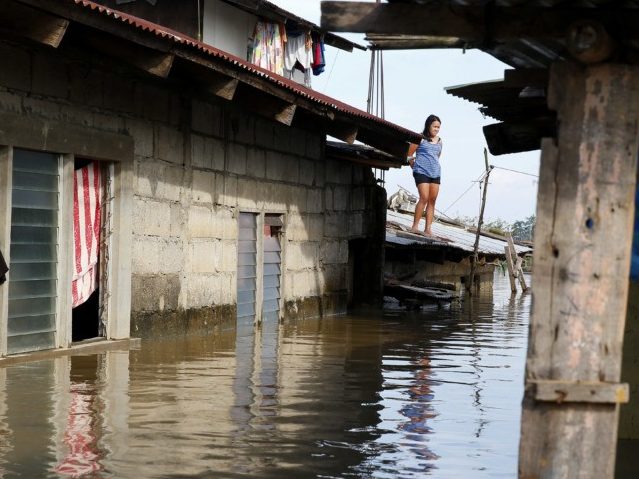 The Los Angeles Times has joined the ranks of global warming alarmists, claiming that climate change is generating mass migration across the globe and fueling the worst refugee crisis “since World War II.”

Climate change “is stoking environmental disasters around the globe and uprooting millions of people a year,” writes LA Times journalist Tracy Wilkinson on Sunday in a piece destined to “stoke” her readers’ climaphobia.

“The plight of those forced from their homes by the changing environment” does not receive the attention it deserves, she laments, because “people displaced by environmental changes are not recognized as refugees under international law.”

As a result, “so-called climate refugees are often swept into the ranks of economic migrants by unwelcoming, overtaxed governments,” she adds, “as happened with thousands of sub-Saharan and central African men and women who crossed the Mediterranean Sea to reach southern Europe.”

Those who have studied the manifold causes of the recent wave of African migrants into Europe are aware that no single factor can be identified as the impetus behind the phenomenon, and that “pull factors” from Europe have been at least as strong as the push factors originating in Africa.

In her essay, Ms. Wilkinson cites Alice Thomas, the head of the climate displacement program at Refugees International, as saying that an “estimated 20 million people are uprooted annually by environmental conditions.”

“Weather is changing more quickly than we expected, and it will accelerate,” said Thomas. “More and more, climate change will become the primary driver for distress migration. It undermines sustained development and the livelihoods so many have relied on for centuries or longer.”

Wilkinson also uncritically alludes to a remarkably precise World Bank prediction earlier this year regarding the number of internal climate migrants by the middle of the century.

In a full-color graphic, the World Bank assures readers that “by 2050—if no action is taken—there will be more than 143 million internal climate migrants” across the regions of Sub-Saharan Africa, South Asia, and Latin America.

Wilkinson echoes the rhetoric of U.N. Secretary-General Antonio Guterres who has incredibly labeled climate change “the most dangerous threat confronting the world.” The U.N. environmental program contends that global warming is “redrawing the map of where people can live on the planet,” Wilkinson said.

The United Nations has become known for criticizing those who suggest that uncontrolled immigration is a problem both for the economy and international security (suggesting critics are motivated by “xenophobia”), and then sowing irrational fears of climate change through apocalyptic climate scenarios with no known basis in fact.

Citizens should be fine with a proven source of instability—mass migration—while panicking over the bogeyman of climate change that has not been credibly tied to a single human death, the U.N. seems to propose.

In its climaphobia crusade, the United Nations can take comfort in having made one more willing proselyte: the LA Times.