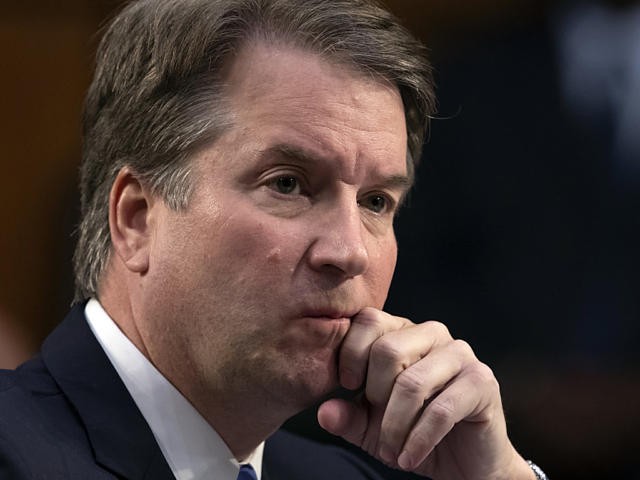 The New Yorker reported a new accusation against Judge Brett Kavanaugh on Sunday evening: that as a college freshman at Yale University, a drunken Kavanaugh “exposed himself at a drunken dormitory party, thrust his penis in [a female student’s] face, and caused her to touch it without her consent as she pushed him away.”

The article, by Ronan Farrow and Jane Mayer, comes hours after Christine Balsey Ford agreed to testify Thursday about an allegation that Kavanaugh groped her in high school.

Kavanaugh denies the allegation, in a statement reported by the New Yorker: “This alleged event from 35 years ago did not happen. The people who knew me then know that this did not happen, and have said so. This is a smear, plain and simple. I look forward to testifying on Thursday about the truth, and defending my good name–and the reputation for character and integrity I have spent a lifetime building–against these last-minute allegations.” The White House called it “the latest in a coordinated smear campaign by the Democrats designed to tear down a good man.”

Farrow and Mayer admit that Deborah Ramirez, the woman making the accusation, acknowledges being drunk at the party where she alleges the incident occurred, and that “her memories contained gaps.” They also note: “The New Yorker has not confirmed with other eyewitnesses that Kavanaugh was present at the party. The magazine contacted several dozen classmates of Ramirez and Kavanaugh regarding the incident. Many did not respond to interview requests; others declined to comment, or said they did not attend or remember the party.”

One classmate of Ramirez, who declined to be named, said that he was told later about the party and that he remembered being told that Kavanaugh had behaved as described. Others had apparently also heard similar stories but not the names of those involved.

However, a woman who described herself as Ramirez’s best friend at the time told the New Yorker that she never heard about the story: “I was never told this story by her, or by anyone else. It never came up. I didn’t see it; I never heard of it happening.”

Farrow and Mayer also explore other allegations about wild behavior involving “Kavanaugh and his social scene,” without connecting him to further allegations.

They note that Kavanaugh had previously told the Senate Judiciary Committee, in response to a standard question from Sen. Mazie Hirono (D-HI) that he had never committed any sexual misconduct as a “legal adult.” Kavanaugh would have been 18 at the time of the alleged incident.