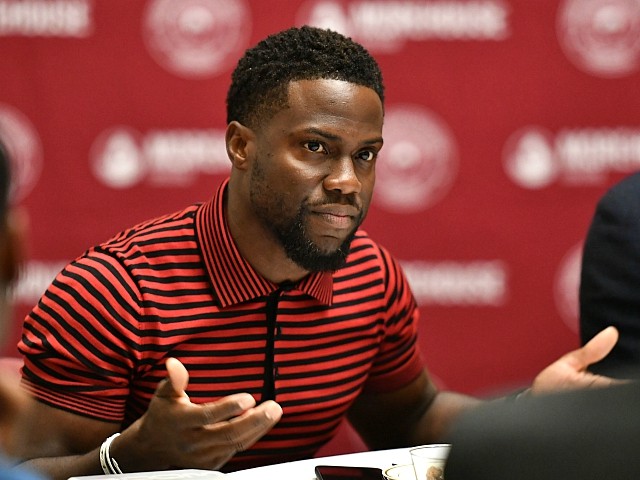 The leftist outage machine geared up to attack actor Kevin Hart for daring to wish gay actor Jussie Smollett well after news broke that he was the target of a homophobic attack in Chicago.

The Upside actor posted messages on Instagram and Twitter on Tuesday decrying the attack Smollett claimed to have suffered.

“Sending prayers your way. This is unbelievably sad,” Hart wrote to Smollett.

Alongside a photo of Smollett, Kevin Hart continued on Instagram saying, “Why are we going backwards….this is disgusting. We as people have to do better. WTF is going on the world???? Why are we falling in love with hate???? God damn it people….Choose love…I repeat…Choose love. I will forever choose love and I will continue to teach my kids how to do the same. Stand strong brother.”

But the outrage mob was not having any of Hart’s “choosing love.” Social media users went on the attack recalling some of Hart’s past jokes that some called “homophobic.”

Filmmaker Sam Greisman also attacked Hart over the comedian’s past jokes. “But keep joking about beating up your kid for being gay, Kevin Hart!” Greisman said.

But keep joking about beating up your kid for being gay, Kevin Hart!

Others jumped in to excoriate Hart:

Do you see why the “jokes” weren’t funny now??

oh now you want to pretend like you care? lolololol this is rich pic.twitter.com/ItSZeZX2M5

Where’s Kevin Hart and DL Hughley with some more of their little homophobic jokes? Since it’s all just funny and accountability isn’t important.

Delete this before God sees it and smites you.

.@TheEllenShow, you brought Kevin Hart on your show and accepted an apology when you weren’t the person harmed or impacted. Now that a Black gay man has been attacked, you want to show empathy? It doesn’t work that way. #JusticeForJussie pic.twitter.com/9EETvJgdwy